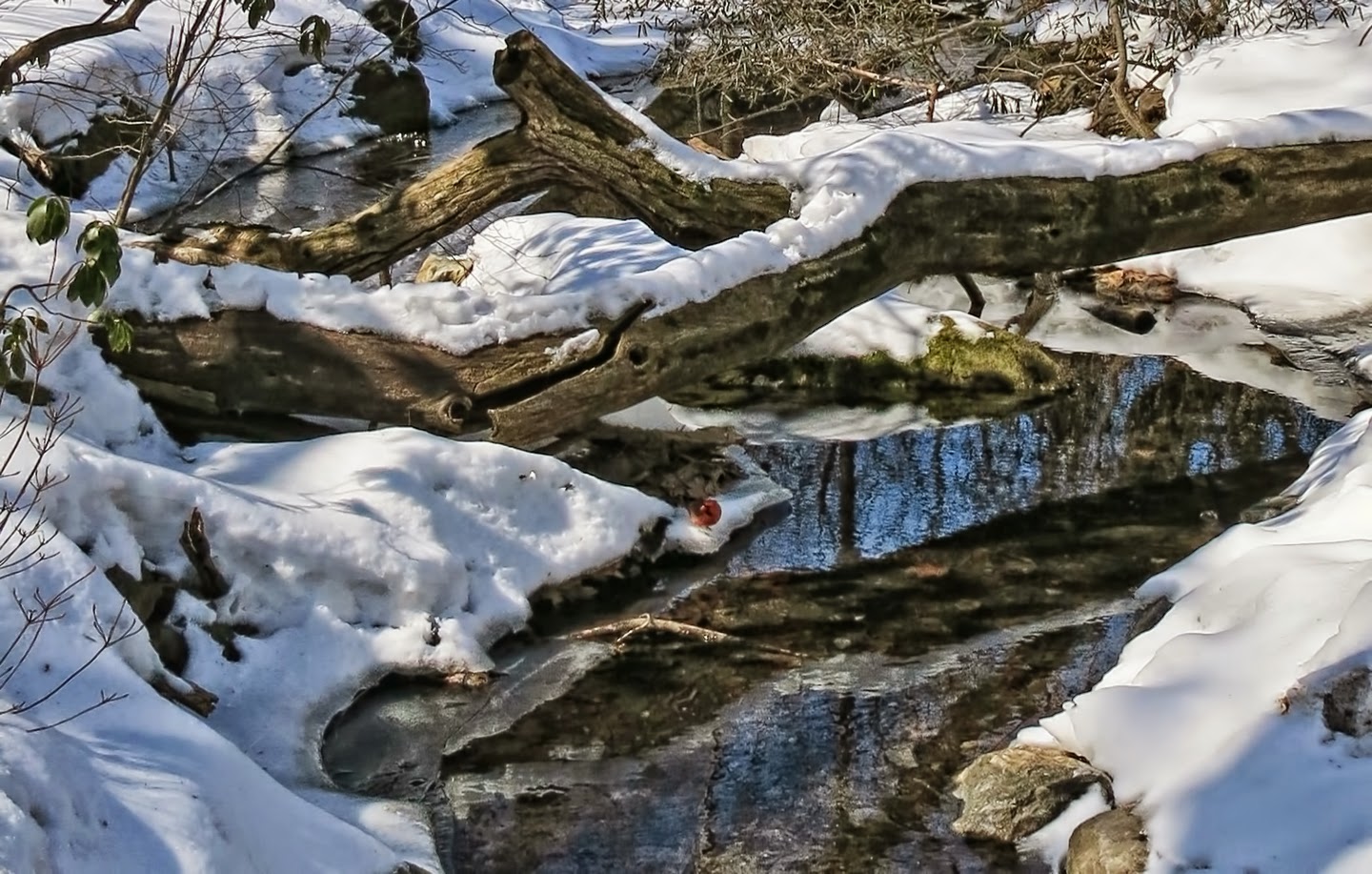 It has snowed every weekend since early January, so when the sun came out this morning I went up to the park for the first time in many weeks. (Of course, it was only 14 degrees outside and probably colder inside the park, but you can't have everything -- that's why God invented the down coat.)

The lake and the Azalea Pond were frozen, and some of the paths in the Ramble were still thick with ice, but it was pristinely, serenely beautiful, and I'm sure I'll get the feeling back in my extremities eventually.

You can just see a cardinal in the center of this picture, coming down to get a drink from the stream.