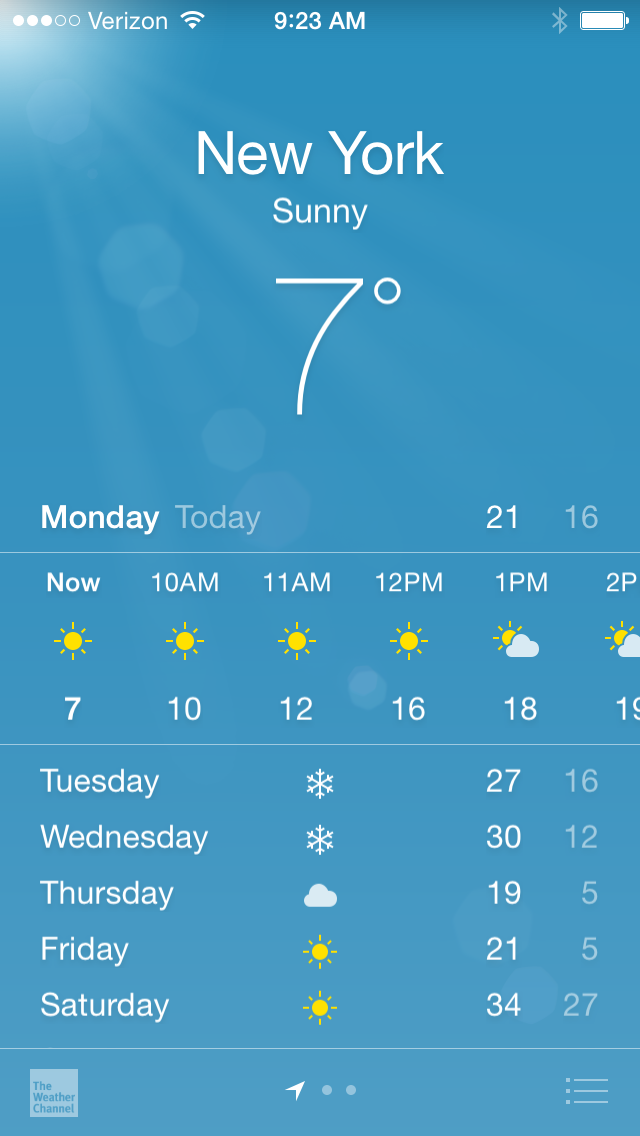 We may have missed the three or four feet of snow they're wading through up in New England, but that doesn't mean it isn't thoroughly wintry here. The forecast for today had been much, much warmer and I had all kinds of plans for my day off, which I will now seriously rethink. Baby, it's cold outside. (This is minus fourteen degrees, for those of you in Celsius world.)

I'm not basing my plans on just the weather report -- I have already been out. In an almost too perfect example of a first world problem, my coffee bean grinder picked this morning to quit working so it was a choice between decaffeinated tea or going outside. (Or, this being New York, calling down to the deli across the street and asking them to deliver two large coffees with milk, and throw in a toasted onion bagel while they were at it. And I considered this, believe me.)

But showing the fortitude I no doubt inherited from my Colonial ancestors, who hacked a farm out of the North Carolina wilderness in the 1700's, I pulled on my boots and went around the corner to buy a latte.

Which I am now drinking while I wait for the feeling to return to my toes.
Posted by Kathleen at 12:19 PM