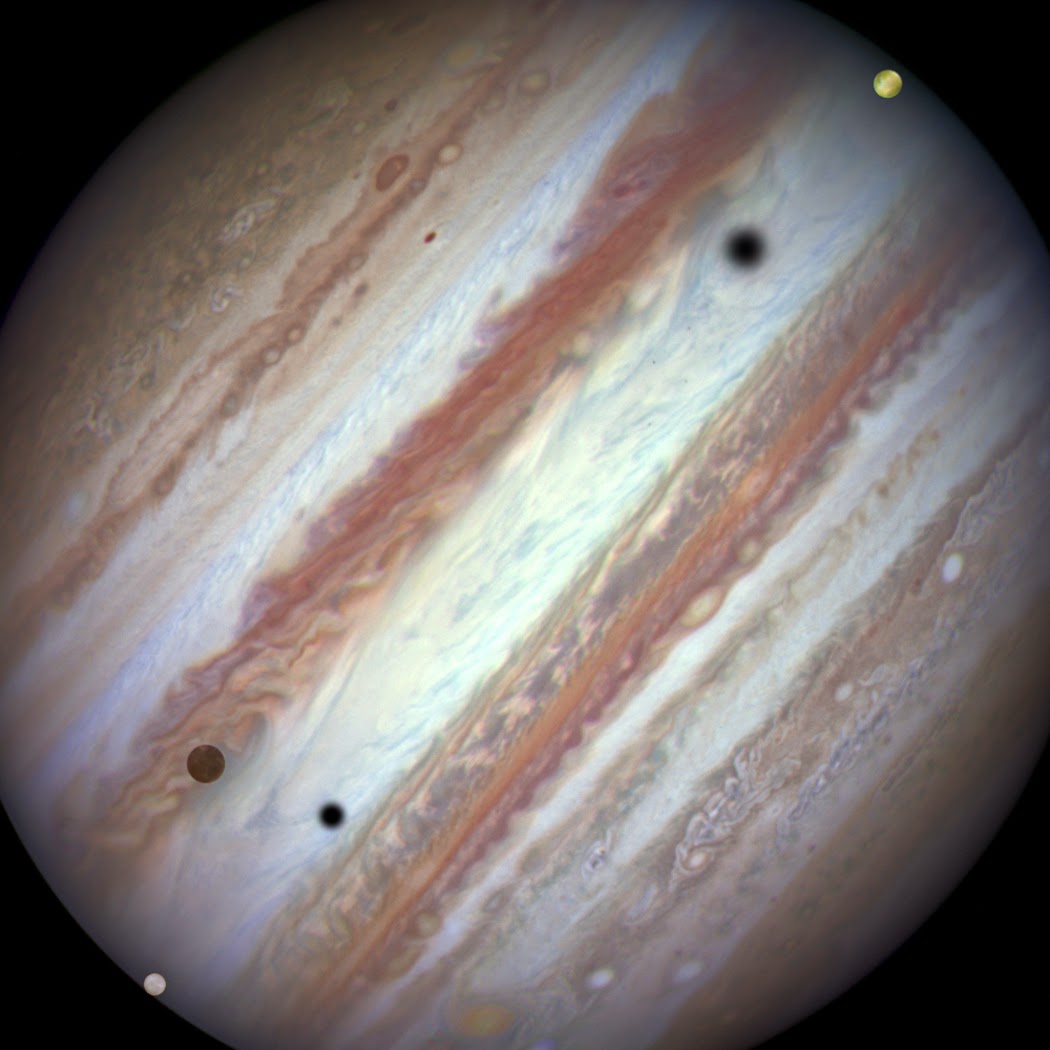 I'd know those red stripes anywhere.

Here's Jupiter as captured by Hubble last month, with three of its four Galilean moons visible, along with two of their shadows.

The yellow moon in the top right is Io, and the large shadow beneath it actually belongs to Callisto, which is the large brown moon in the lower left. The shadow to the right of Callisto belongs to Europa, the small white dot at the bottom.

I always find the pictures of the moons circling the gas giants so much more incredible than the planets themselves. They're ridiculously small by comparison and yet each could be its own planet in a different solar system, a different universe.