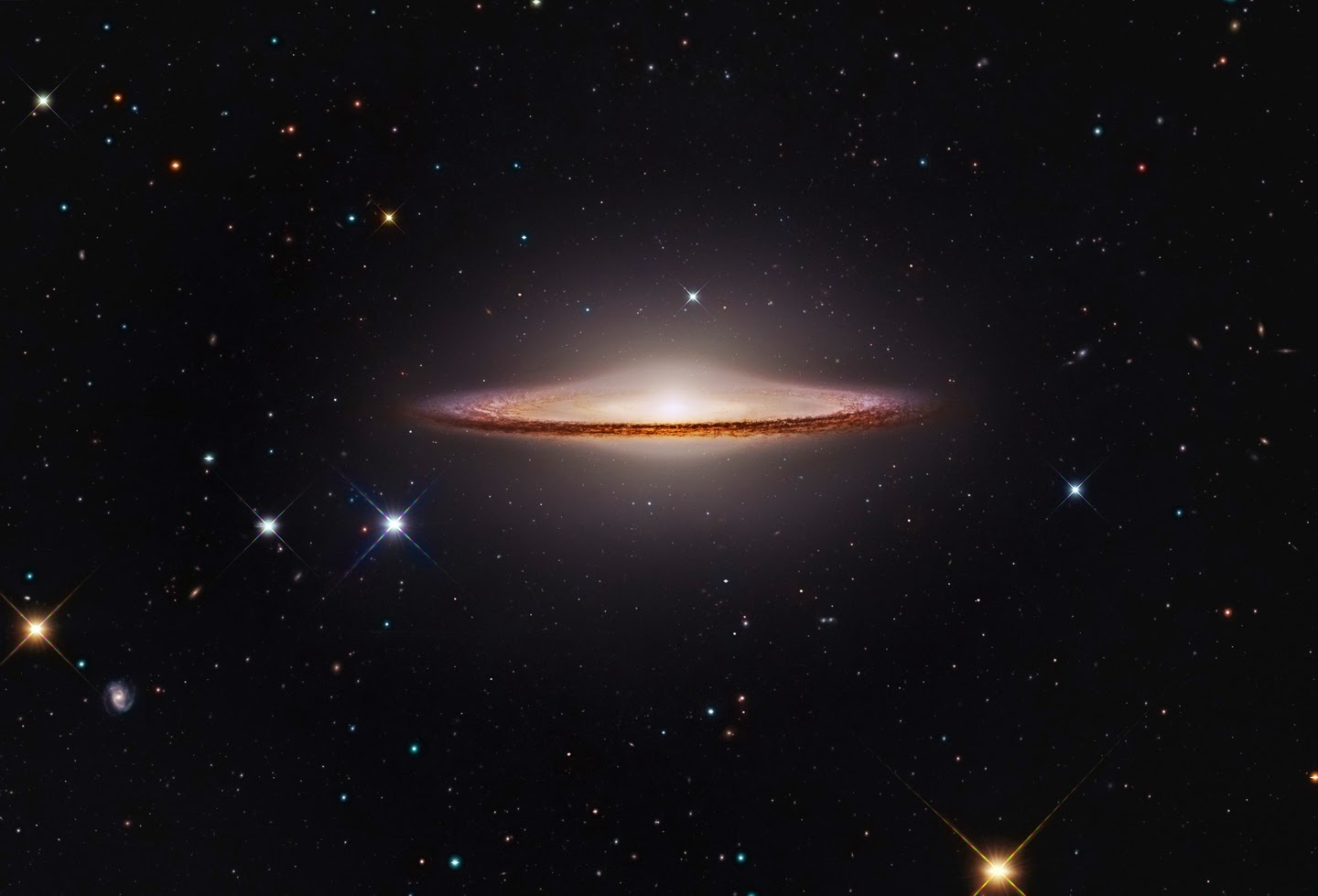 I think it looks more like a flying saucer than a large hat, or maybe one of those glow in the dark Frisbees -- this is what a spiral galaxy looks like from the side. You can see another, more conventionally positioned, spiral galaxy in the lower left, near the bright yellow star, and there are at least a dozen more galaxies visible in the high-res version of the photo.

I keep looking at that little galaxy in the corner, with millions and millions of its own stars and planets and nebulae and a hungry black hole or two, and wonder what kinds of life, what kinds of stories it might contain. And it's not even the focus of this picture; it's just a little blur off to one side.

I don't know why there is so much of everything, but I'm grateful for my own ridiculously tiny piece of it.