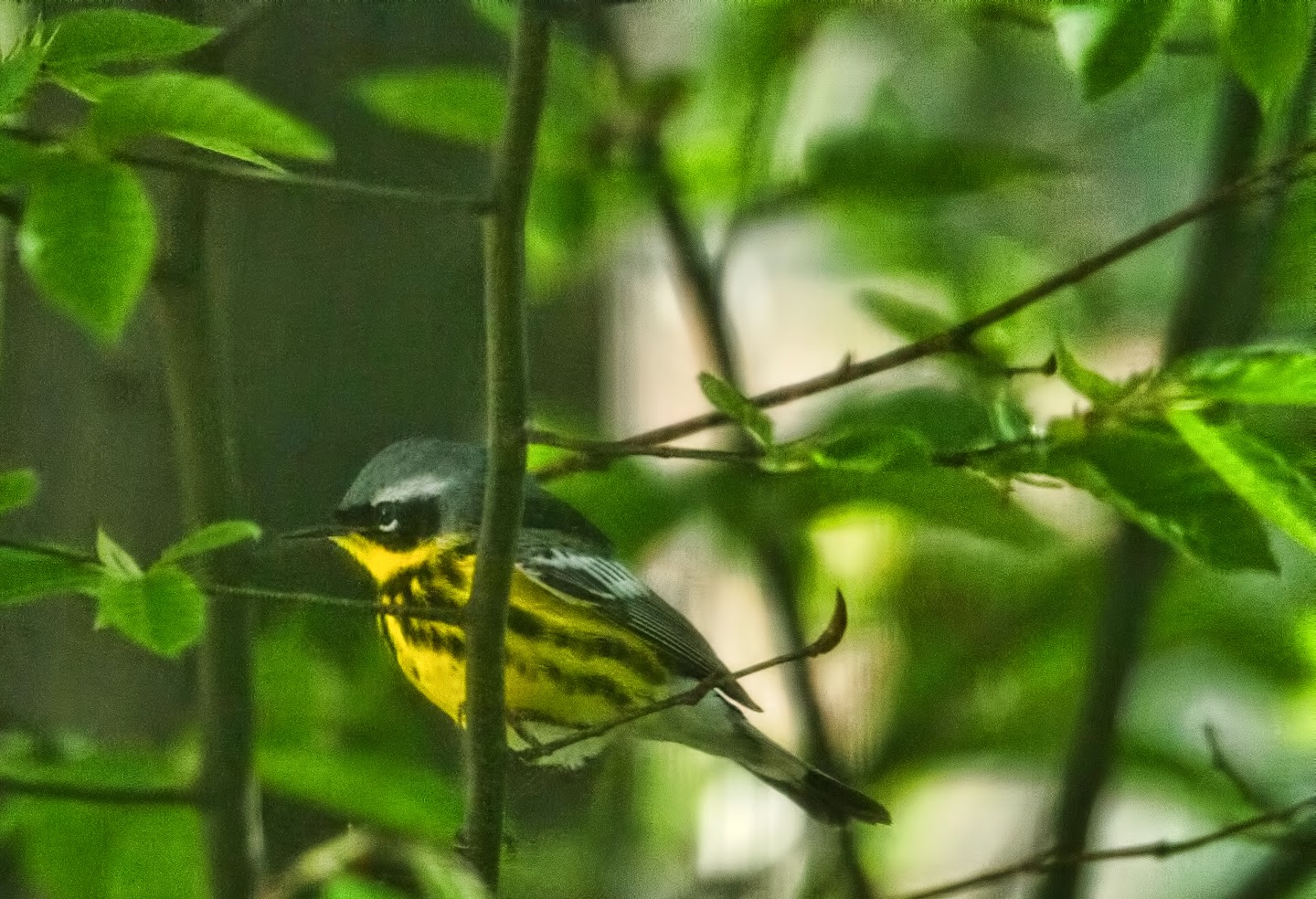 I don't usually post pictures of this low quality anymore, even of the ever elusive warblers, but this magnolia warbler is a special case. He wasn't in Central Park, he was in my backyard, and the picture is not great because it was taken through a screened window.

I'm still a little under the weather, and decided against going up to the park this morning. It's Mother's Day, and it's the middle of spring migration, and I do sometimes get cranky when there are thirty people standing around looking at every single bird.

Apparently word got out, and the warblers came to me. I've never seen anything but the most common birds -- mourning doves, cardinals, starlings, sparrows -- in my trees. Sometimes I've seen a flash of color and thought maybe a warbler had just zoomed past, but I've never seen a warbler actually in these trees before today. And now I've seen two, as an American redstart came by not long after the magnolia flew away. (There was a house finch as well -- not a warbler, and not a migrant, but another bird I've never seen in my yard.)

Maybe they come every spring and I've just never seen them. I know I've written before about how taking up photography made me finally pay attention to the things around me, after a lifetime of walking around with my brain settings defaulted to "daydream." I see, I notice, so much more now.

But it's not just a matter of paying attention -- it's also luck. And timing. And opportunity. Which means I'm going to see more birds if I drag my ass up to Central Park instead of spending spring looking out my window hoping that the birds will come to me.