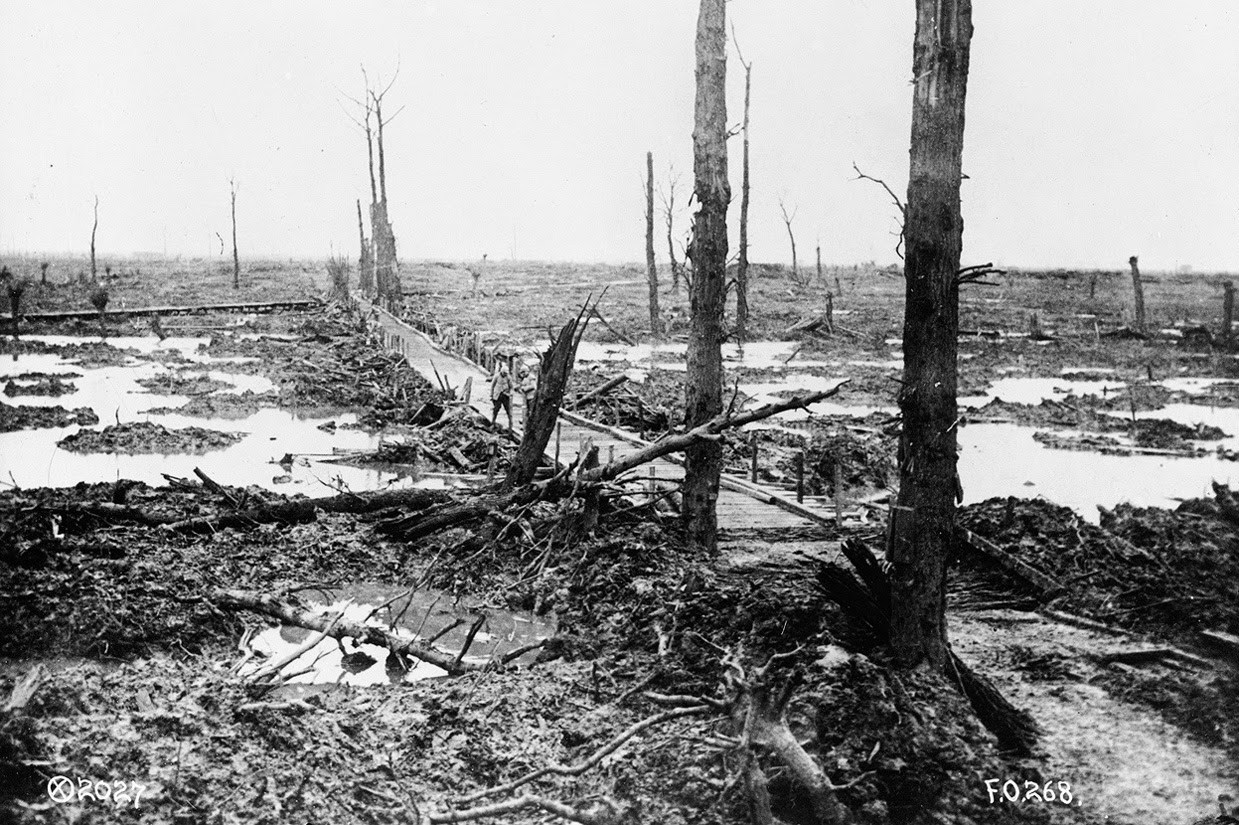 If you can bear it, The Atlantic has a stunning set of photographs from World War I, the first in what will be a series of ten weekly photo essays for the upcoming 100th anniversary of the start of that awful war.

This muddy hellhole is Flanders, in 1918, from the Library of Congress collection. I memorized the poem In Flanders Fields in grammar school, and still know it by heart.

Take up our quarrel with the foe:
To you, from failing hands we throw
the torch...

I could do quite an impressive performance of those lines when I was 11 years old, but I'd like to think we've learned something in the last hundred years and wouldn't fall for that recruiting poster jargon again. I sure would like to think so.
Posted by Kathleen at 7:43 PM