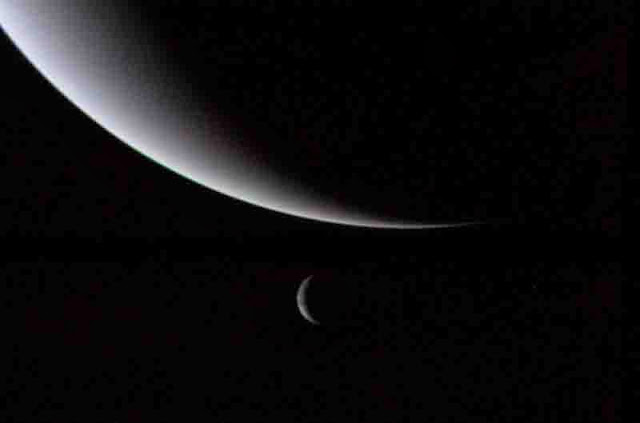 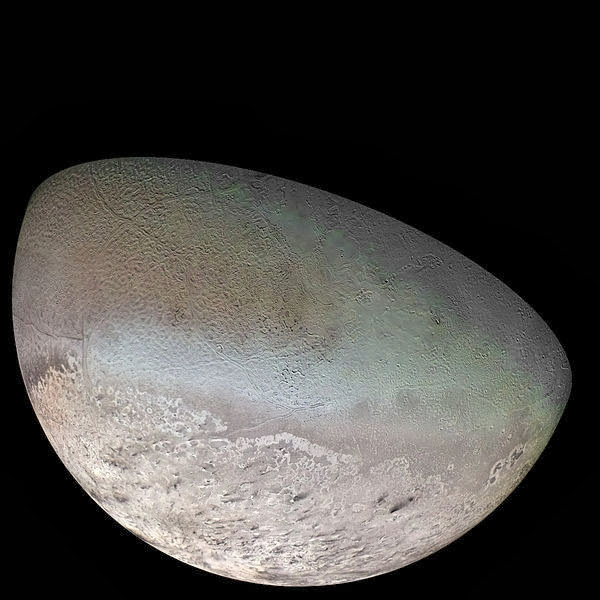 Here's a last look at Neptune, and its largest moon Triton, above, in their indie, arthouse days, as captured by Voyager 2 in 1989. And to the left, a closeup of Triton captured at the same time. Triton's surface has the coldest recorded temperature in the solar system -- Neptune, of course, like the other gas giants, doesn't have an actual surface. It's just a big slushie of ammonia and methane that gets steadily denser as it approaches the core.
Posted by Kathleen at 6:00 AM