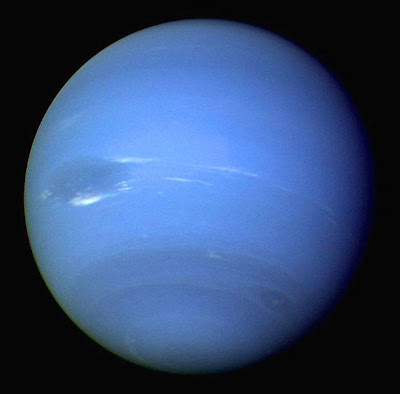 Here's Neptune again, this time in closeup, as seen by Voyager 2 in 1989. The probe passed within 3000 miles of Neptune's north pole, and so provided much more detailed photographs than the distant Hubbell telescope is able to take.

That dark spot so similar to the one on Jupiter has disappeared since this picture was taken -- it's thought that the "spot" was actually just a gap in the clouds.
Posted by Kathleen at 6:00 AM