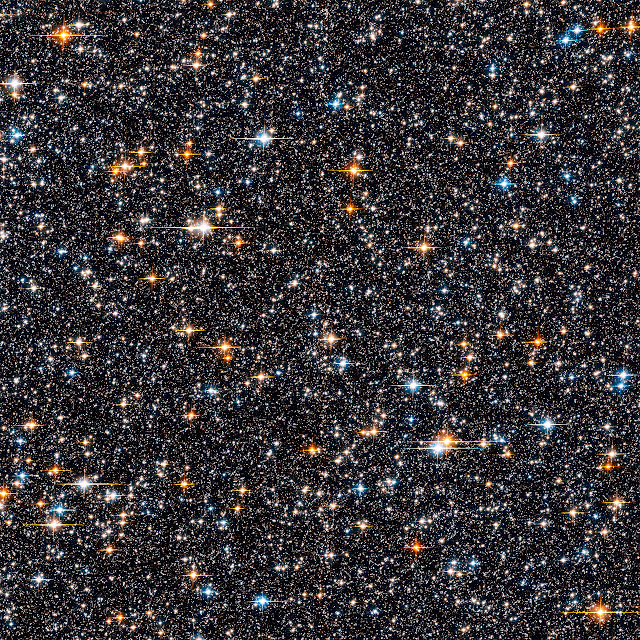 With the announcement last week that Voyager I had officially passed from the solar system into interstellar space, we'll jump out into the galaxy as well this week.

This is a Hubbell photograph of the core of the Milky Way. I could explain why those bright blue stars are called "blue stragglers" but that involves explanations of stellar lifecycles and the Hertsprung-Russell diagram that aren't nearly as much fun as just looking at the sheer glory of it all.

The next time someone claims that his Deity is extremely concerned about the details of how He (or She) is worshipped, and will punish anyone who fails to conform to the rule book, send them this picture. Any God who could make this -- multiplied by billions across the universe -- clearly has much better things to do than referee petty squabbles here on the pale blue dot.