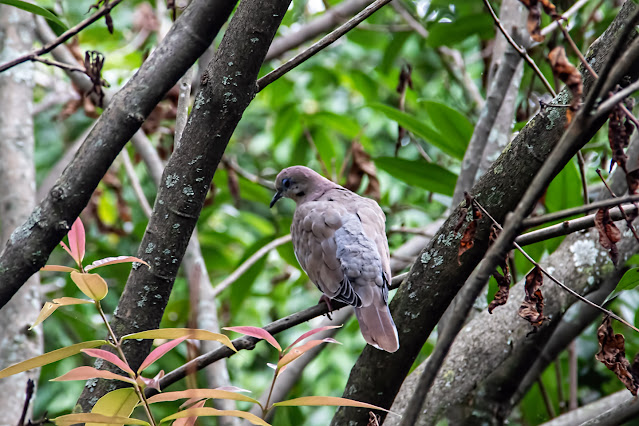 A white-winged dove in the trees by ILISA.

This is one of the common birds in San José, and unlike the noisy green parrots that are also everywhere, they're not what you'd expect in the tropics.

But that is another thing I like about the tico culture. In a country with hundreds of species of birds, including spectacular specimens like quetzals and scarlet macaws and violet sabrewings, the national bird of Costa Rica is: the clay-colored thrush, which is basically a brown robin.
Posted by Kathleen at 9:58 AM