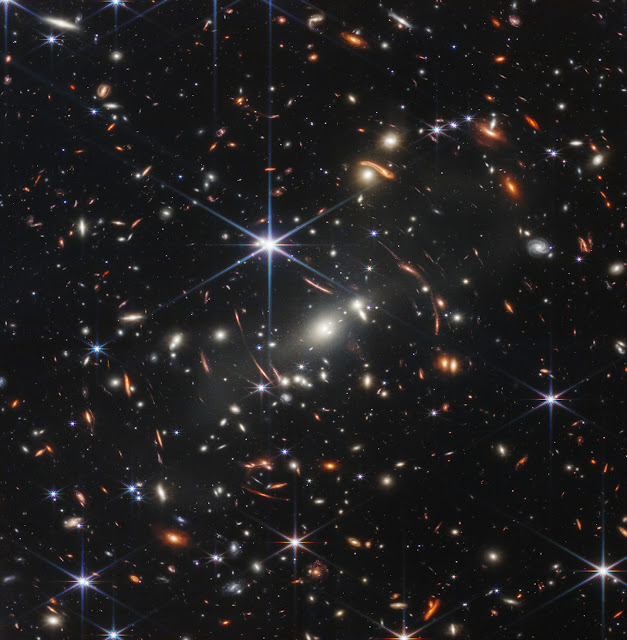 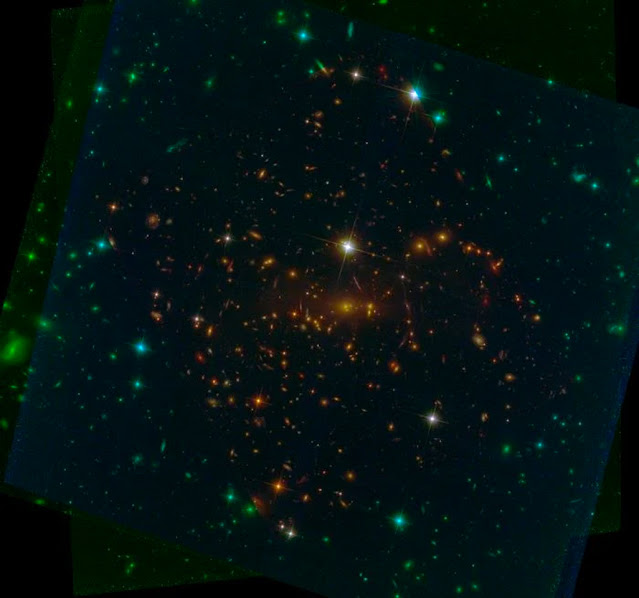 Of course, I was going to post this one: the first image released from the new James Webb Space Telescope. I always love deep space images and this one, of the galactic cluster SMACS 0723, is spectacular. They will be releasing more images today and I can't wait to see them.

I've seen the image on the right, taken by the Hubble, used to compare the level of detail captured by the two telescopes. Although I have seen many stunning deep space images taken by the Hubble, the Webb is able to capture light from much farther away—and therefore from farther back in the past. I saw someone call the Webb image “the first photograph” because it's the oldest light ever captured by a human camera.

I'm also fascinated by the way the nearby stars are different in the two images. Stars in Hubble images have four points; the Webb images have six points, because of the hexagonal mirrors on the telescope.

Image credit: NASA, ESA, CSA, and STScI
Posted by Kathleen at 11:39 AM