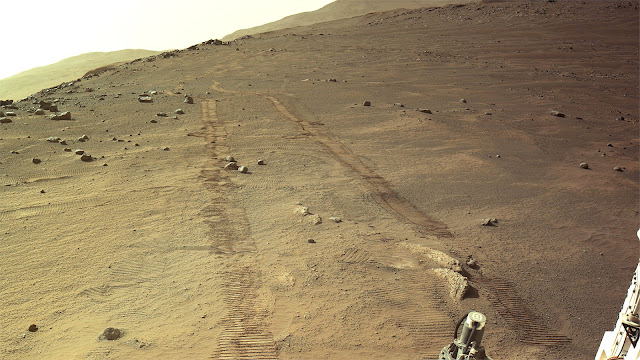 I am back in New York after an all too brief visit to the Bay Area. I had to get up before 4 am yesterday to make a 6 am flight and that, plus the time change and the general disorientation of finding myself on the other side of the continent again, have left me with the firm belief that there is no such thing as enough coffee or too much sleep and that I have not had nearly enough of either.

So here's another alien landscape, where humans have now left their mark: tracks made by the Mars Rover, photographed by Perseverance in February.

Image Credit: NASA/JPL-Caltech/Paul Byrne
Posted by Kathleen at 9:17 AM