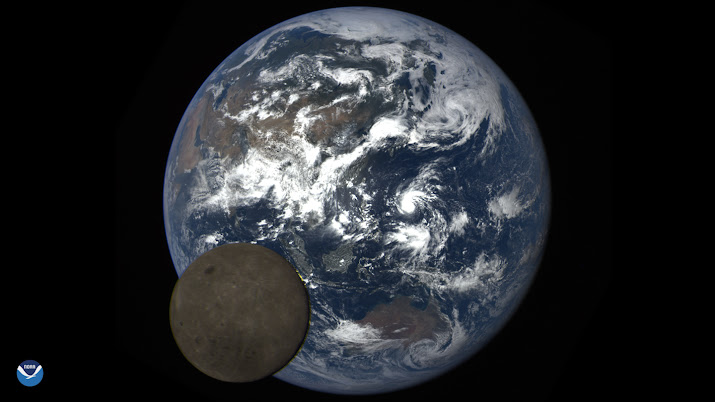 Every time I see one of the images from the Deep Space Climate Observatory satellite (this one is from 2016), I am astounded all over again. I'm mostly accustomed—though still awed—by pictures of Earth from space, but for some reason having the moon in these pictures makes them almost surreal.

Maybe it's just knowing that we have a satellite that is going about its business from so far out in space that it can observe the Earth and the moon at the same time. Maybe because this is the side of the moon we never see, and so it doesn't have all the familiar shadows and craters we're used to. And so it doesn't look quite real; it looks like a bad special effect in a low-budget movie.