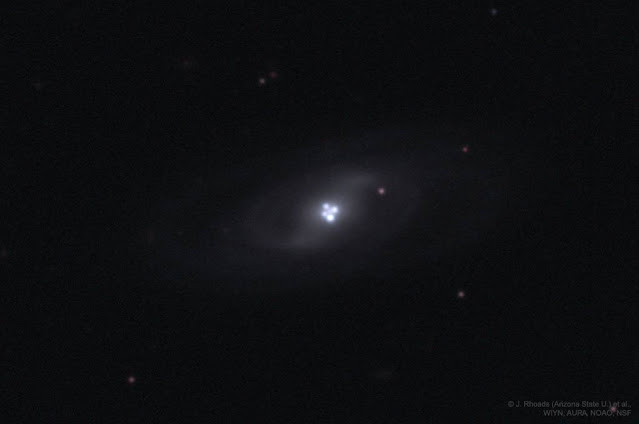 This image isn't as jaw-dropping as some of those big, flashy nebulae that I post, but it's actually quite interesting.

This is known as Einstein's Cross; it is a galaxy, or at least the effect caused by one. I've posted a few pictures of the Abell 370 gravitational lens, where the cumulative gravity of the galaxy cluster acts as a giant lens magnifying and distorting the light that passes through it. This invisible galaxy is doing something similar. It sits between us and a distant quasar, and its gravity distort's the quasar's light into that cloverleaf shape.