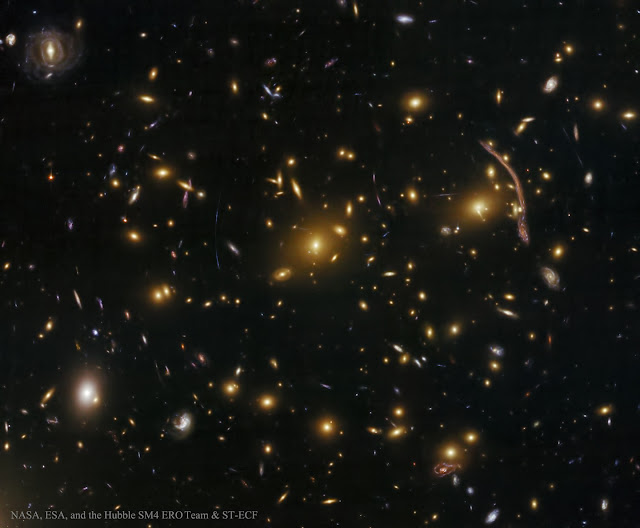 This is the galaxy cluster known as Abell 370.

Astronomers had noticed the large arc in the upper right corner of this image decades ago, and in the mid-Eighties it was identified as the probable result of a gravitational lens. The Hubble finally made it possible to see this cluster in detail and confirm the hypothesis; the cumulative gravity of the cluster of galaxies acts like a giant lens, distorting the light that passes through it. That large arc of light is actually two perfectly ordinary galaxies behind Abell 370 that appear distorted when seen from this side. So it's not quite like seeing gravity, but it's pretty darn close.

Click to enlarge and you can see numerous other arcs and distortions of more distant galaxies seen through the lens.