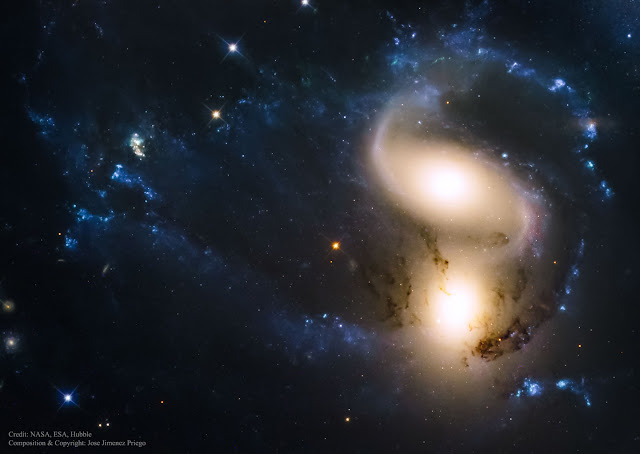 They do it on a galactic scale, so from our perspective it's very very big and very very slow. Galaxies are mostly empty space; it's not as though stars slam into each other and everything blows up. They slide a little closer to each other and gravity shifts; gases eddy and coalesce and maybe one star leeches some mass off another as they pass.

These two galaxies are part of Stephan's Quintet, a galaxy group 300 million light years away in Pegasus. While the ongoing collisions of four of the five galaxies in the group might show a distinct lack of anything humans would classify as drama, they're photogenic enough to have snagged a major movie role -- in the beginning of It's a Wonderful Life, the angels who discuss the life and times of George Bailey are played by none other than Stephan's Quintet.