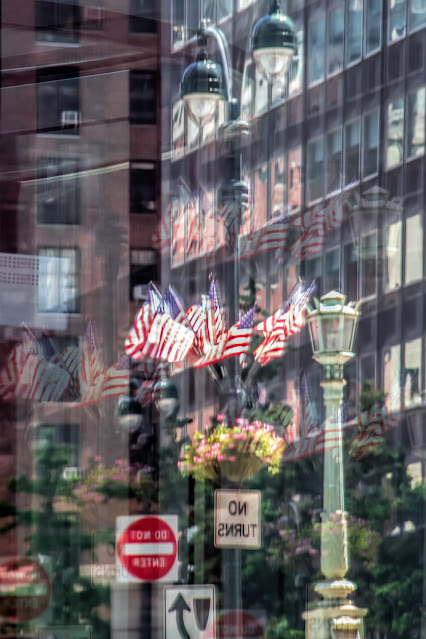 Flags on Park Avenue on a summer afternoon.

I love seeing people on the street again, but the midday sidewalks still aren't nearly as crowded as they were in the Before Times. And I wonder when--or if--they will be. My former employer is reportedly considering allowing work from home for most staff at least a few days a week. It had always been allowed on an ad hoc basis, if deliveries or repairs or a childcare emergency required it, but no one was allowed to have scheduled work from home days on a regular basis. It would impede collaboration, they said. It would mean a loss of collegiality.
But now I suspect they're noticing that having everyone work from home wasn't quite the disaster they'd expected. And that perhaps they could quit paying those exorbitant Midtown rents on a large chunk of their office space if they no longer have to accommodate every employee every single day.
Posted by Kathleen at 10:28 AM