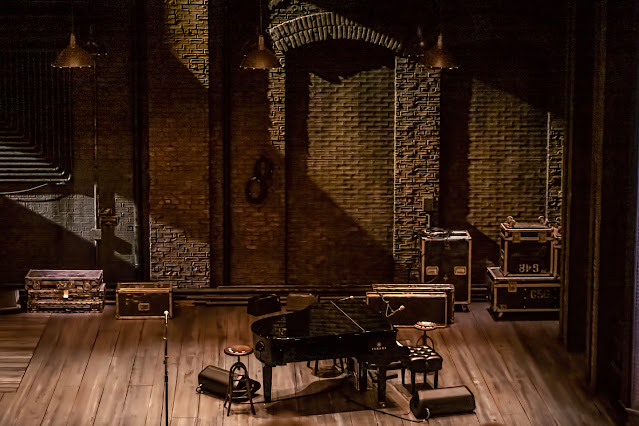 Waiting for the show to begin at Springsteen on Broadway. I really like stage design here.

I snapped awake just before eight o'clock this morning, pleased to have gotten that extra hour of sleep that usually eludes me. I have my final paper of the year due tomorrow and I'm struggling with it, but I figured that sleeping a little later and having a few more active neurons as a result would more than make up for getting a later start.

Except--the light was all wrong. The sky was a milky pink and I had to turn on the light in the kitchen to make coffee. I checked the time again and saw that it was 6 am, not 8 am, and already getting hot. That's probably what woke me up, rather than an urge to get going on my case study.
Posted by Kathleen at 10:37 AM