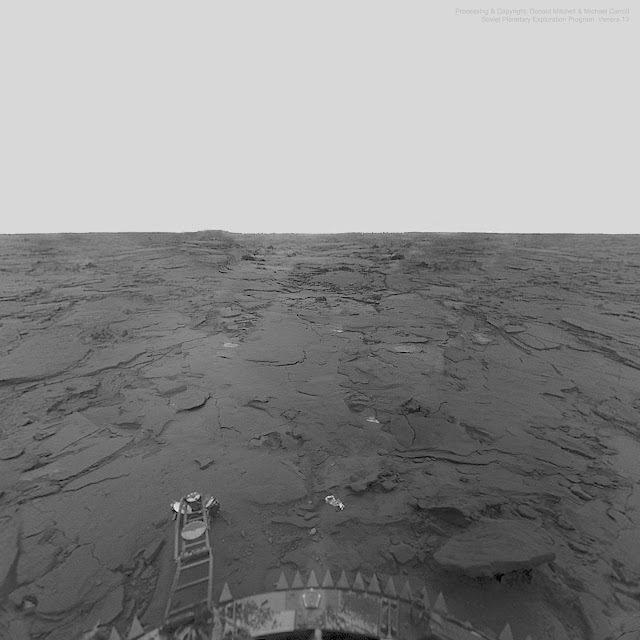 How have I never seen these pictures before?
The Soviets sent 10 probes to the surface of Venus between 1961 and 1984. We were still in the middle of the Cold War then, so maybe it was kept secret, or at least not publicized much in the West. I'd heard of the Venera program; I don't think I ever saw any of the images.
This is from Venera 14 in 1982. Because of the intense heat and atmospheric pressure, the spacecraft only lasted about an hour on the surface. We've seen a lot of Mars at this point -- though never enough to satisfy my curiosity -- but I'll bet most of us have never seen Venus. Well, here it is.
Image Credit: Soviet Planetary Exploration Program, Venera 14; Processing and Copyright: Donald Mitchell and Michael Carroll
Posted by Kathleen at 5:37 PM