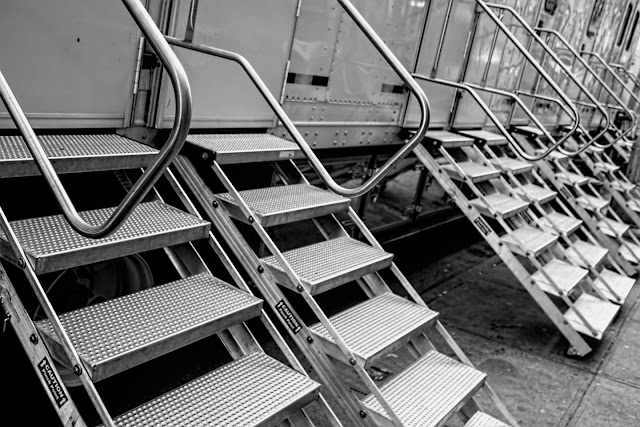 A row of trailers on 57th Street, where a film crew was working. The trailers are a common sight on Manhattan streets, but I can't remember the last time I actually saw filming taking place.

This is a good thing. When I lived in the Village, I encountered film crews on a regular basis, and they inevitably parked themselves between me and a place where I really, really needed to g0, and the snotty production assistants always acted as though we had no business wanting to walk down the streets where, you know, we lived.

I once came home early from work, sick as a dog with the flu, and wasn't allowed into my apartment building because George Clooney needed to walk in front of it for a scene from a movie. I had to stand on the corner behind a barrier, shaking with fever, with snot running down my face, until the director gave the all clear and peons were allowed to use the street again. Since I assume that this experience used up my lifetime quota of Encounters With George Clooney, I have held a grudge against film crews ever since.