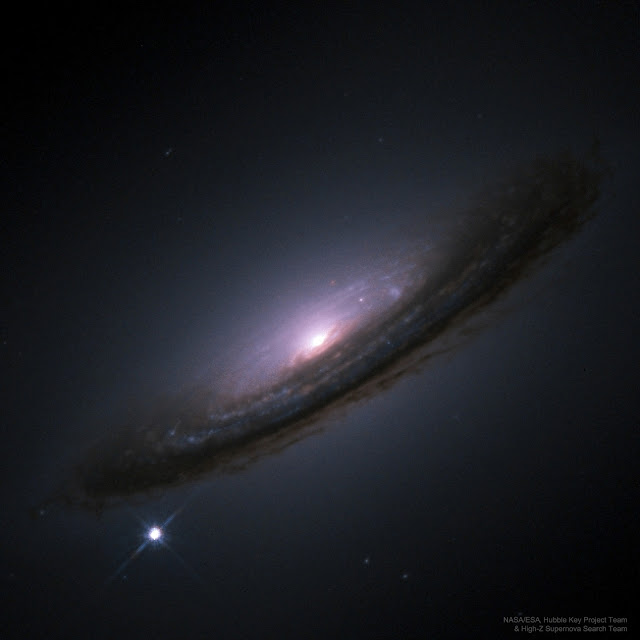 In the beginning, there was hydrogen....

Every atom in your body -- the carbon in your cells, the calcium in your bones, the oxygen in your lungs -- was cooked inside a star. Stars shine because their enormous mass forces hydrogen atoms to combine into helium. Eventually the pressure at the core of the star causes those helium atoms to fuse into carbon while the outer layers continue to burn hydrogen. The cycle continues, creating heavier and heavier elements at the star's center until, in very large stars, silicon begins to fuse into iron. And the star dies.

Fusing two iron atoms together eats energy instead of producing it. The star quickly becomes unstable, and the outer layers collapse onto the core, rebounding back in an enormous burst of energy. All of the elements nuclear fusion had created during the star's lifetime -- helium, oxygen, carbon -- are spewed out into space to mix with the gases there and eventually form new stars. All of the elements heavier than iron -- gold, copper, zinc, lead, iodine -- everywhere in the universe are created by the explosion itself. We really are stardust.

This spectacular supernova in galaxy NGC 4526 was captured by the Hubble in 1994.