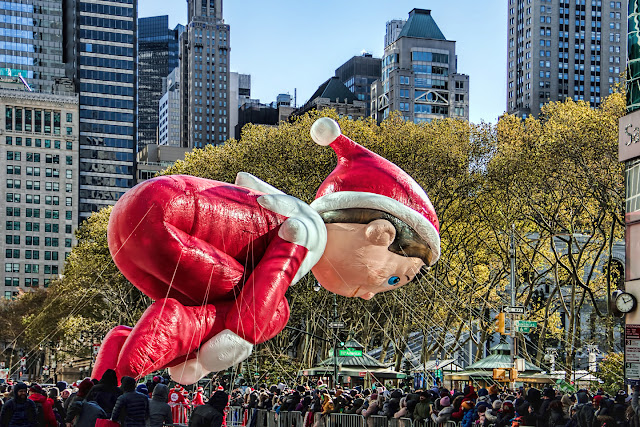 I've occasionally seen some of the balloons from a distance but I'd never actually gone to the parade before. I'm not crazy about parades for one thing, or crowds, and after standing in the rain for four hours in Ath, Belgium, watching their annual Giants Parade a few months ago, I would have said I've had enough of parades for the rest of this century.

But I have so much to be thankful for this Thanksgiving, even if things haven't exactly gone the way I'd planned, that I decided I should maybe go to the parade once, just so I could say I had. And because I could!

I didn't stay long; it was 20 degrees and despite wearing a layer of my Antarctica fleece under my down coat, I couldn't stand in one place for very long. And it was very crowded, and the balloons, seen up close rather than on television, are a little creepy.