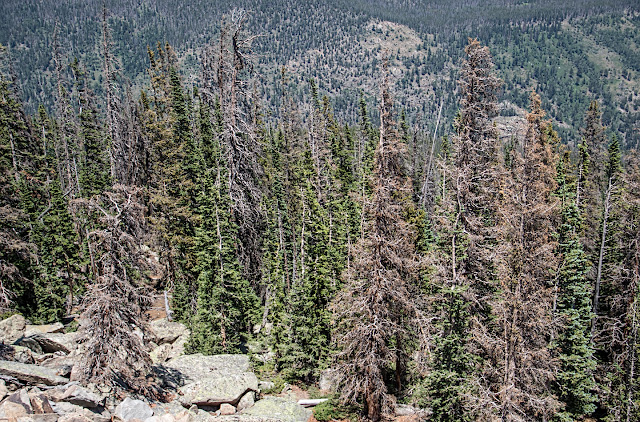 Millions of acres of forest in Colorado have been ravaged by beetles -- it was dispiriting, to put it mildly, to see so many dead trees.

The beetles have no natural predators, but previously they've been held in check by prolonged cold weather. Now the winters aren't as cold as they used to be, and the beetles have been infesting the national park since 1996 -- one more consequence of climate change.
Posted by Kathleen at 9:42 PM