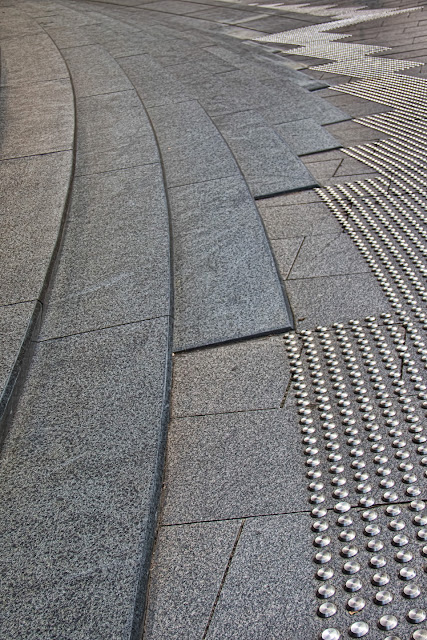 These are just steps in front of an office building -- 1 Bligh Street in Sydney -- but I love the curves and the way the metal studs zigzag off into a lightning bolt.

The Bligh in Bligh Street is actually Captain William Bligh of Bounty fame, who was later governor of New South Wales. His efforts to clean up corruption in the rum trade led to his being deposed by his officers -- again -- and forced to flee to Tasmania and then back to Britain.
Posted by Kathleen at 10:26 PM