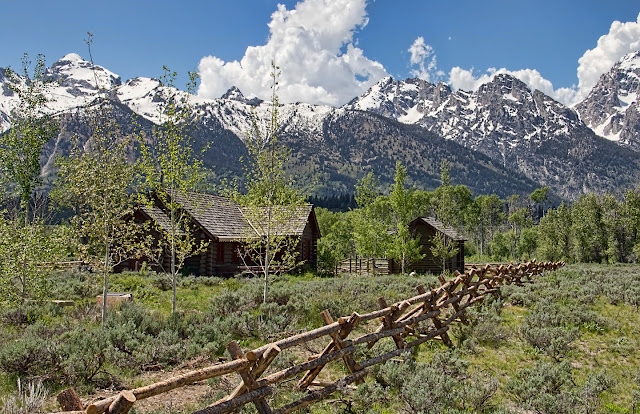 More old barns in the park.

The land for Grand Teton was assembled piecemeal, largely due to the efforts of John D. Rockefeller, Jr., who visited Jackson Hole in the 1920's and fell in love with it. A small national park, including just the mountains and adjoining lakes had already been created, and Rockefeller began buying up private land with the intention of donating it to the park service. 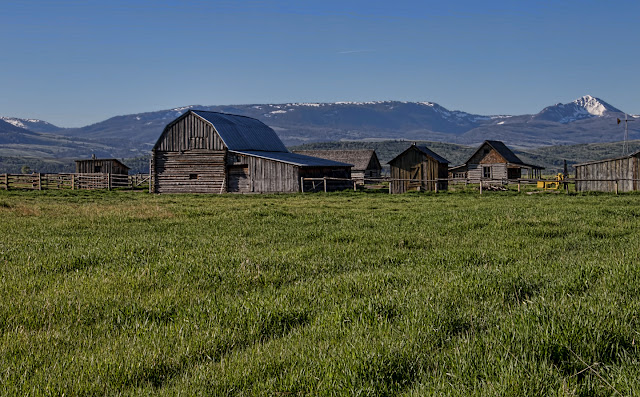 Some of the private land that ended up being surrounded by parkland was taken by eminent domain; the families were allowed lifetime interests and so some of it is still ranch -- even the Jackson Hole airport is actually inside the park.

The buildings above adjoin the Chapel of the Transfiguration, a small church with a picture window behind the altar, ensuring that no one will actually be capable of paying much attention to the services. Unfortunately the light was all wrong by the time we got there, and none of my pictures of the actual chapel came out that well.