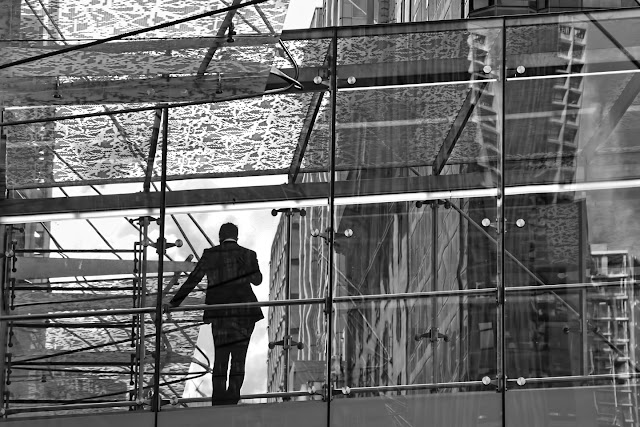 I'm traveling today, on my way to Jackson Hole for five days, and won't have much time to post pictures before Monday.

In the meantime, here's a picture that's about as far as you can get from pictures of blue skies and pretty mountains -- a walkway between buildings in Sydney's business district and the unmistakable silhouette of a man making a Very Important Call. (I was going to call this the typical pose of modern times, but really that's no longer true. How often do you see people actually talking on their phones? Mostly people are just staring blankly at the screen, scrolling through messages, songs, alerts.)
Posted by Kathleen at 6:00 AM