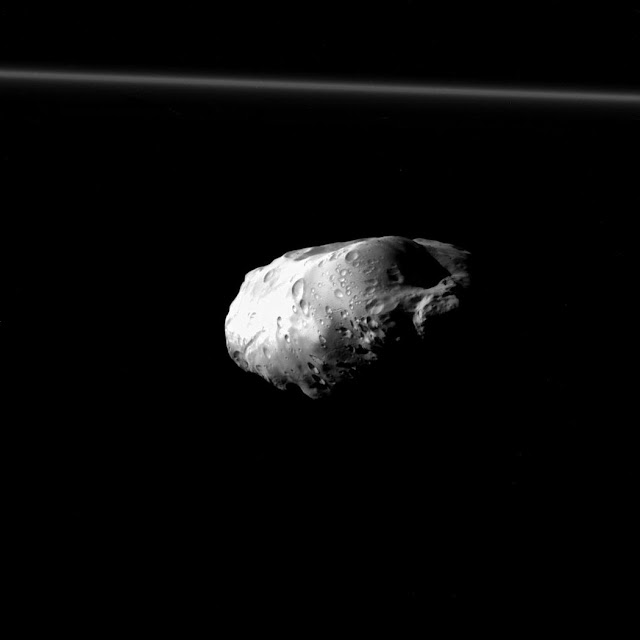 This floating potato is called Prometheus, one of Saturn's smaller moons.

This is far from the most dramatic image that Cassini has sent back, but it's actually an interesting representation of just how damn complicated the universe is. That bright line in the background is the outermost distinct ring of Saturn, the F ring, and Prometheus actually carves channels in the ring when their orbits meet, stealing material, and there appear to be smaller, as yet undetected, moons inside the ring doing the same thing. Though the rings always look so lovely and serene in pictures, the F ring is quite active and changes visibly on a daily basis.