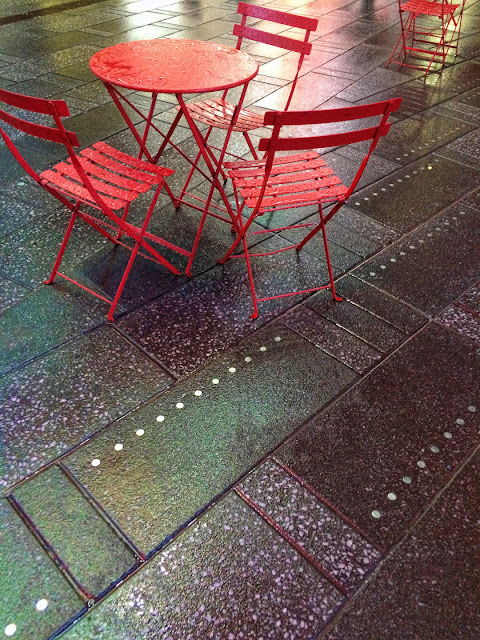 They don't often coincide, but occasionally you can have both. This was a rainy evening earlier this week when I was walking downtown for a board meeting.

This part of Broadway has been a pedestrian mall for many years now, but it's usually full of vaguely sinister superhero and SpongeBob imitators who pose for pictures with the tourists and get annoyed if you don't tip them enough for the privilege.

It had been pouring all day though and all the fuzzy creatures and naked cowboys had scurried home, and there was no one in Times Square except for New Yorkers anxious to do the same.
Posted by Kathleen at 11:30 PM