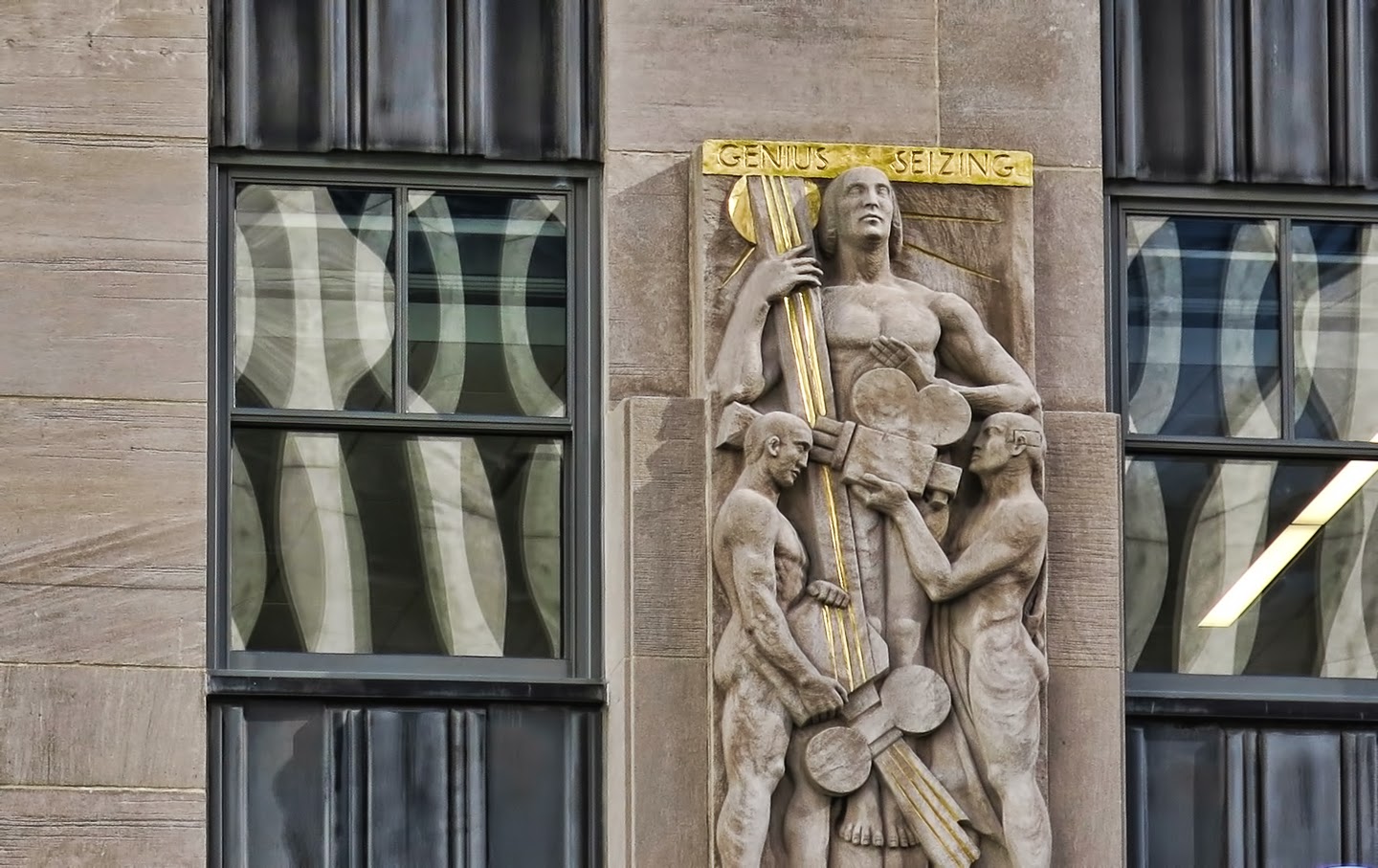 The NBC building in Rockefeller Center.

There were originally a lot more windows in this picture, but I ended up cropping it down to get a better look at the Art Deco bas relief. There are many similar reliefs around Rockefeller Plaza, some allegorical, some less so. Like this one, which seems to suggest that not only was television widely known in the Classical world, but that ancient Greek cameramen did their jobs naked.