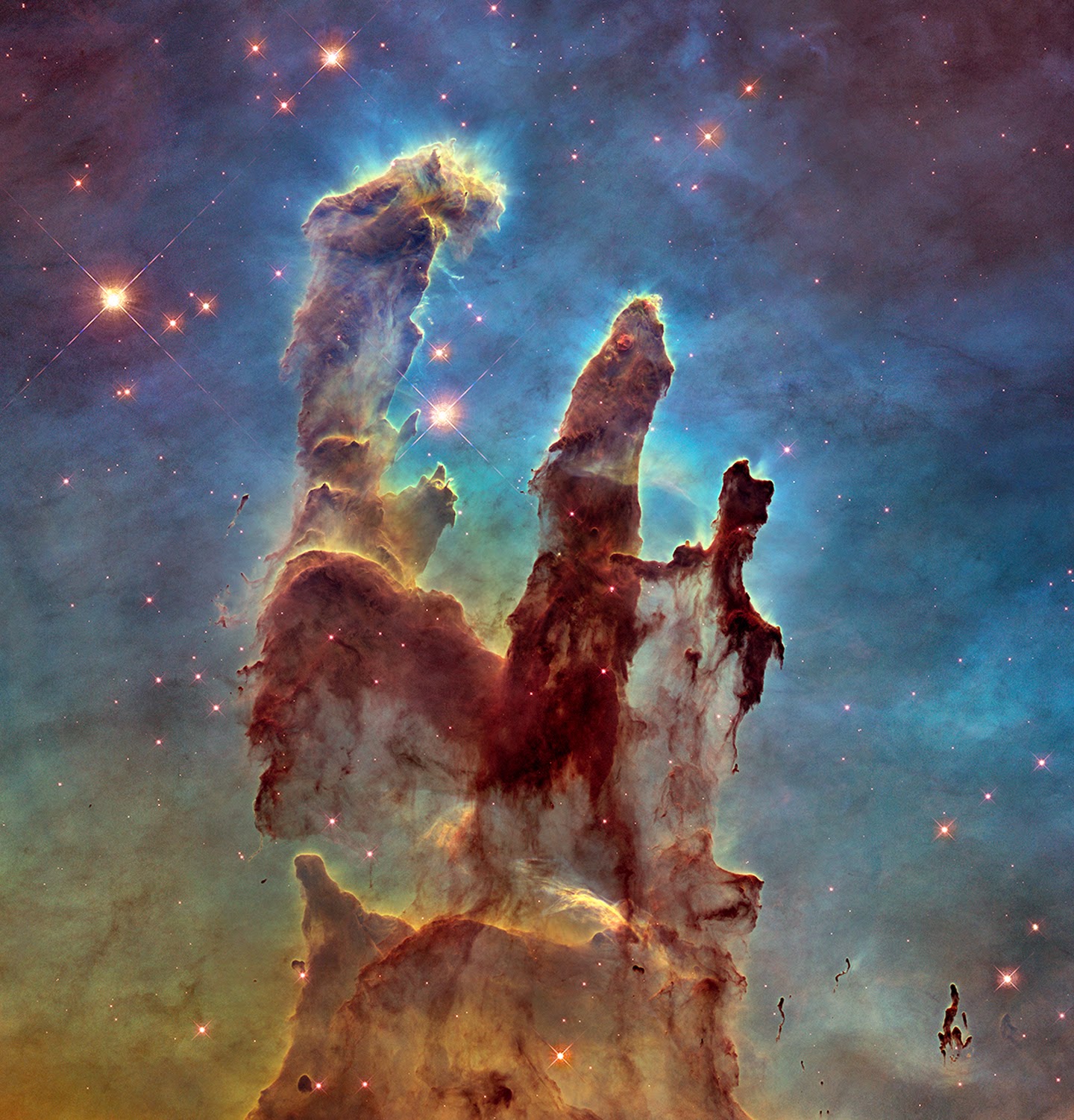 In honor of its 25th anniversary (and upgraded optics) the Hubble team captured a larger, higher resolution version of one of its most famous subjects: the Pillars of Creation, in the Eagle Nebula (M16, for those who wonder whether our friend Monsieur Messier took note). While these columns are only a small section of the nebula, they are almost unfathomably huge. The leftmost pillar is about four light years tall, and those little fingers of gas poking out at the tops are each larger than our solar system.