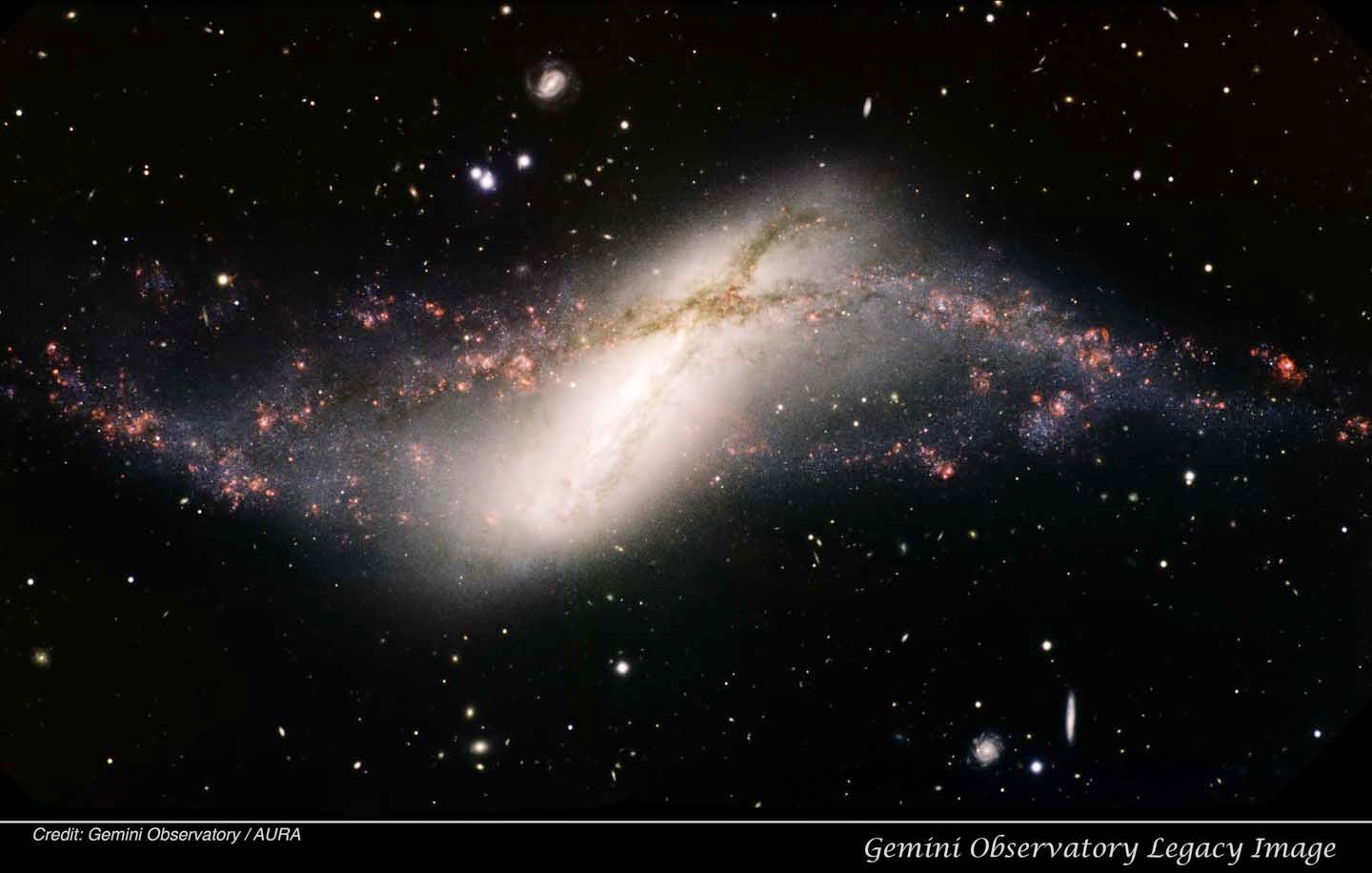 This is the romantically named NGC 660, a so-called polar ring galaxy 20 million light years away in Pisces. This is a rare galaxy type, and astronomers aren't sure how they happen. There's a substantial ring of stars, gas, and a variety of space dust in orbit around the galaxy, but not in the same plane as the galactic disk, which is what you'd expect. Instead, as you can see in the picture, the galaxy tilts one way, and the ring another, almost perpendicular to its parent.

This image is from the Gemini North telescope on Mauna Kea, which seems appropriate because that pink ring reminds me of a rope of flowers, swinging in rhythm while the stars dance a hula. (I also like the variety of galaxies in the background, including the one in the bottom right that appears to be balancing on its edge.)