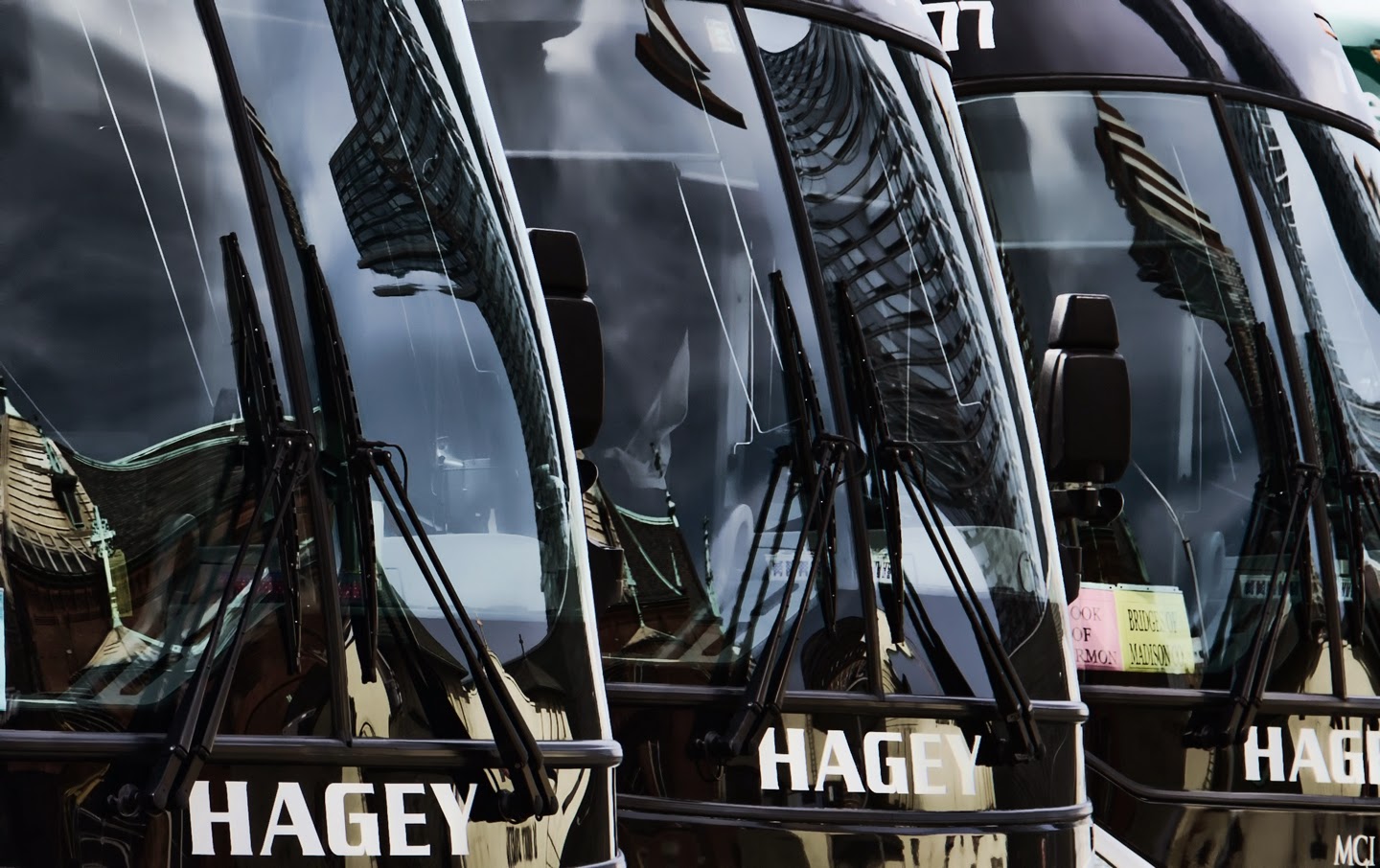 Tour buses lined up in a parking lot last Saturday. I assume they had brought theatergoers to town for Broadway matinees as some of them had the names of shows behind the windshield.

I loved the reflections, and those huge scary windshield wipers, and the symmetry of the three buses in a row, and I posted this on Flickr, where I only put the photos I really like. No explanations or snarky commentary there; the pictures have to be able to stand alone.

And it became my first Flickr picture to get Explored.  Which is either a big deal, mostly to other Flickr denizens who get Explored all the time, or a stupid, meaningless algorithm that selects 500 allegedly "interesting" pictures every day, according to those who don't. People who don't Flickr, or who just use it to post 200 photos of their amazing vacation that no one else will ever look at, have never heard of Explore and don't care.

This is definitely not the most interesting picture I've ever posted, but I'm not going to bitch because the gods of Flickr thought so. (She looks around to see if anyone is watching, does a little happy dance with some high-pitched squealing, then resumes her air of jaded sophistication.)

As I was saying, No biggie.