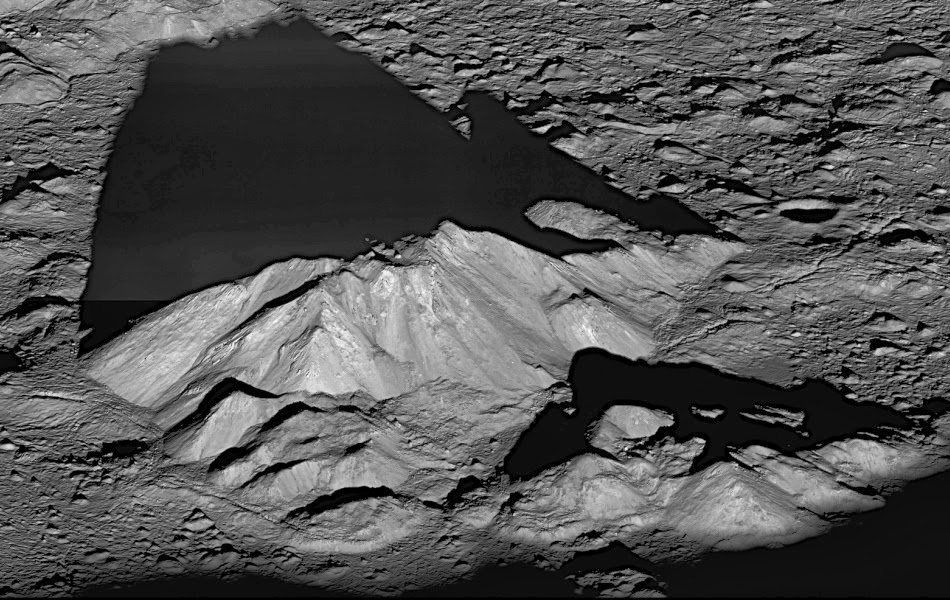 Sunrise on the moon.

These are peaks in Tycho, a crater on the moon's Southern Hemisphere, as photographed by the Lunar Reconnaissance Orbiter in 2011. Tycho is a baby among craters, only about 100 million years old, so it hasn't been smoothed out by subsequent impacts. And though it isn't that large compared to other craters, the series of rays from the original impact that surround it make it seem more prominent than it is.

And of course, it's named for Tycho Brahe, the great Danish astronomer, known for his very detailed observations and precise measurements of heavenly bodies, and for his extremely colorful personal life. He lost his nose in a duel (quarreling over mathematical formulas) and wore an artificial nose most of his life, and he is believed to have died from a burst bladder because protocol did not allow him to leave a banquet to relieve himself. He also had a tame moose that met a tragic end when it drank too much beer at dinner and fell down the stairs.

Naming a lunar crater for him seems like the least we can do to make up for the loss of that moose.