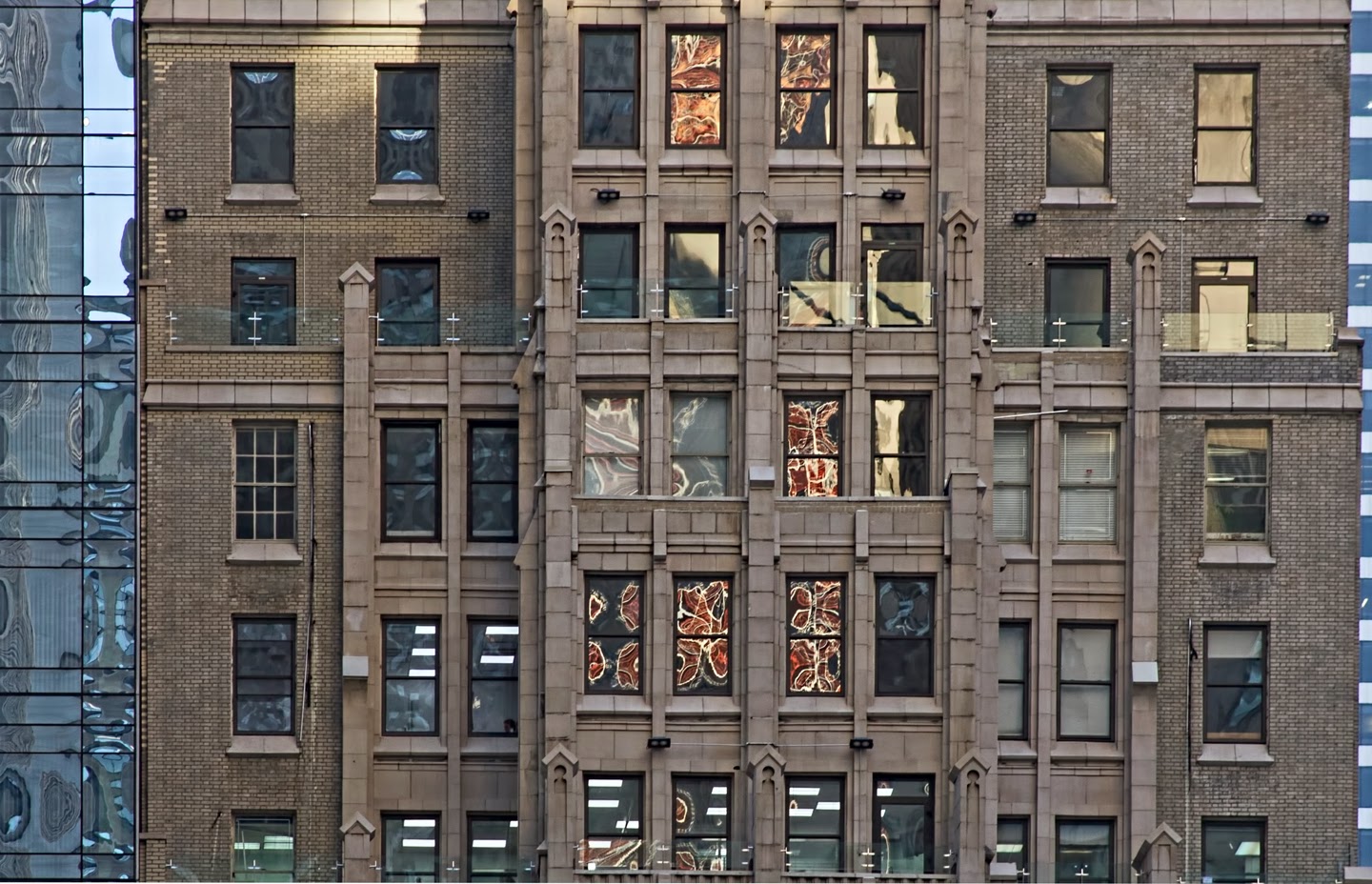 A parade of windows, the old kind with sashes that probably still actually open, in an older brick building in the middle of the modern glass around Rockefeller Plaza.

I love how most of the windows are just glimpses of ordinary offices, so mundane, and then pop! those wild reflections in the middle look like the art on some forgotten acid band's album cover in the psychedelic Sixties.