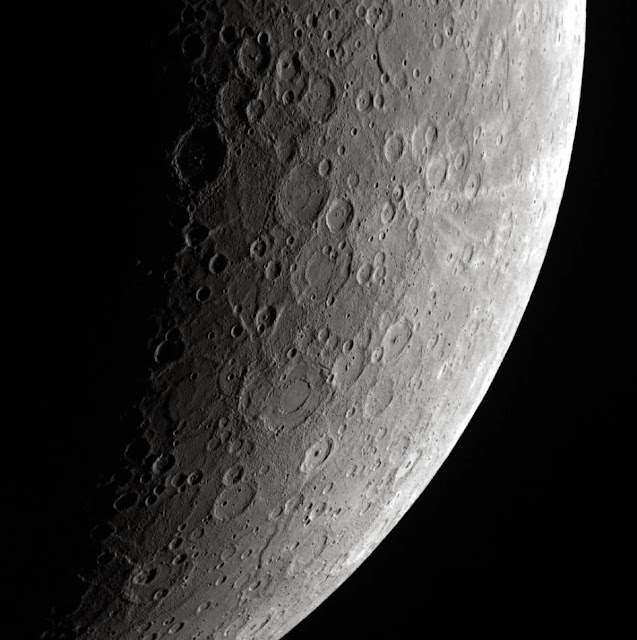 This is something most of us haven't seen, or probably, wondered about: Mercury, photographed by the Messenger probe. That cratered surface, similar to our moon, means that it's been geologically dead for billions of years.

Although Mercury can be seen with the naked eye, and the earliest recorded reports are from the Assyrians in the 14th century BC, its closeness to the sun means that it can only be seen just after sunset or before sunrise when the relative positions of our orbits are favorable, usually just a few days a year. Or during a solar eclipse.
Posted by Kathleen at 8:38 PM