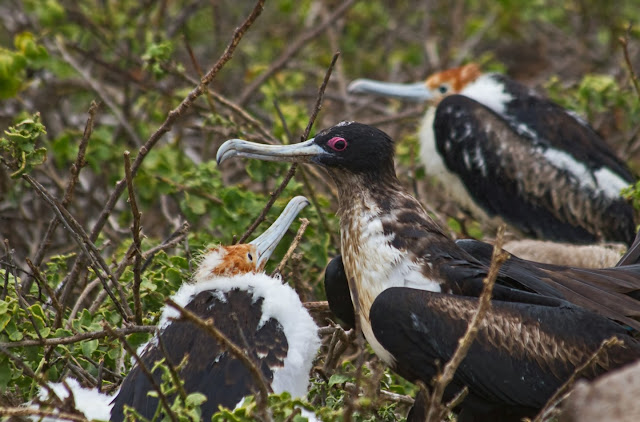 This was possibly the most amazing behavior I saw, and I was able to capture it at least a little. (While we had more freedom to wander when we were on a beach, there were still restricted areas where we had to watch the birds from a distance.)

There was a group of probably a few dozen female and juvenile frigatebirds, along with some boobies, in a patch of scrub above the tide line.

This young frigatebird looking so hopefully at Mom wanted to be fed. 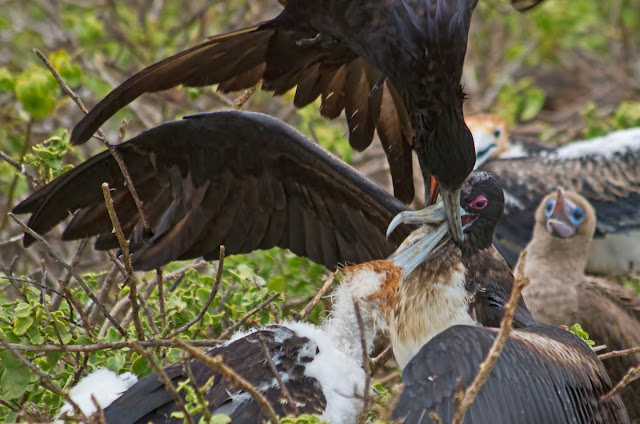 The female started to feed the chick, and a male frigatebird swooped in, grabbed her beak, and tried to steal the baby's food.

This happened several times -- as soon as the baby got its beak inside its mother's (the females regurgitate food and the babies eat it from their mouths) the male flew in and kept it from getting fed.

Finally the male left them alone and the chick was finally able to eat. 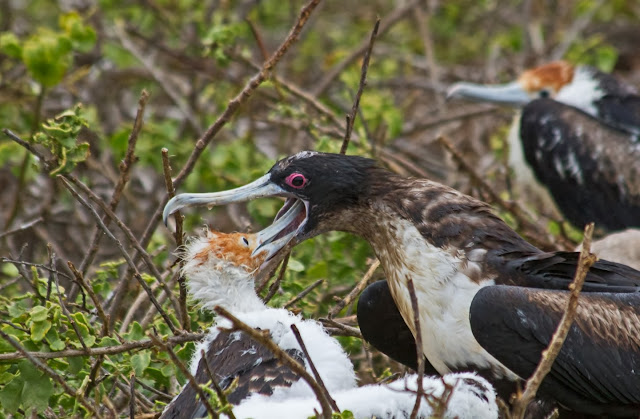 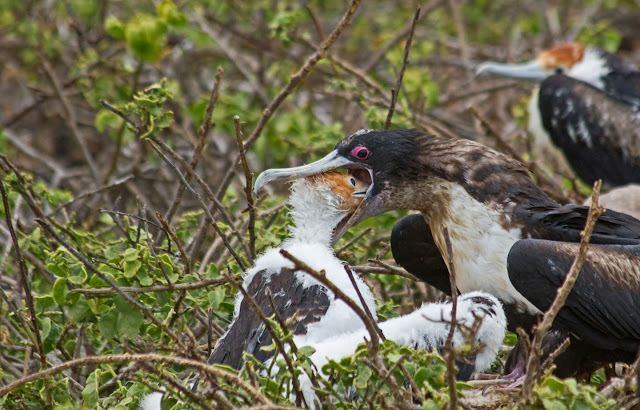