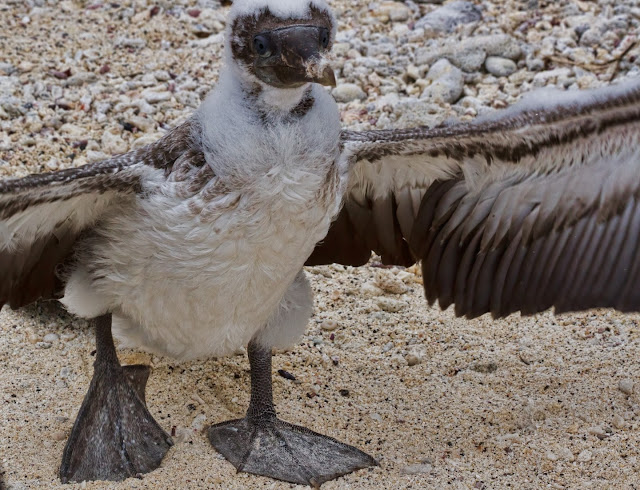 This young boobie was everyone's favorite.

He waddled out of the tall grass to the open area on the trail, stretching out his wings, giving them a flap or two, and then folding them up again. This is it! Gonna fly now! 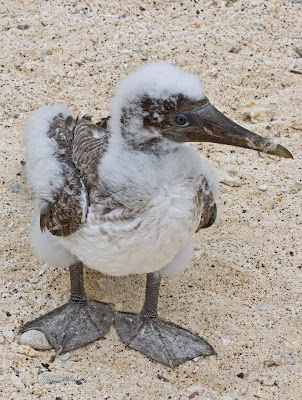 He got a running start and flapped furiously, but remained firmly on the ground.

Hmmm. Not sure what the problem is. I've watched mom do this a hundred times. She just goes flap, flap, flap and then bam -- she takes off! 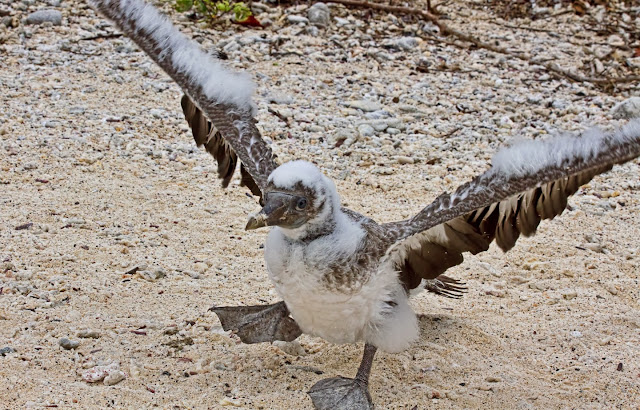 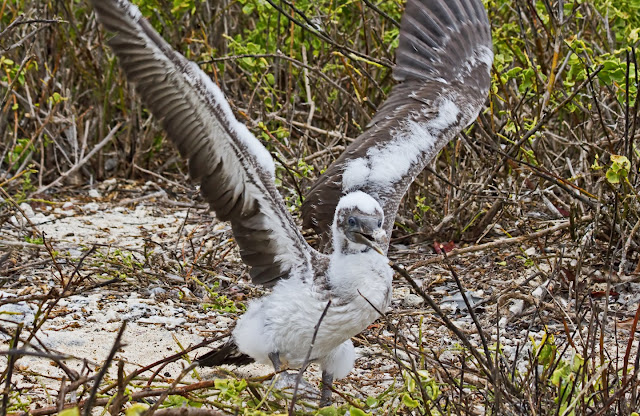 He tried over and over, managing a brief hop or two (which is probably all he can do until he loses more of that heavy down on his wings.) But he just seemed so delighted with himself, so proud of being a big boy who can fly, even if he couldn't quite pull it off yet. I know I'm anthropomorphizing like crazy here, but he really did seem to be showing off for the cameras.