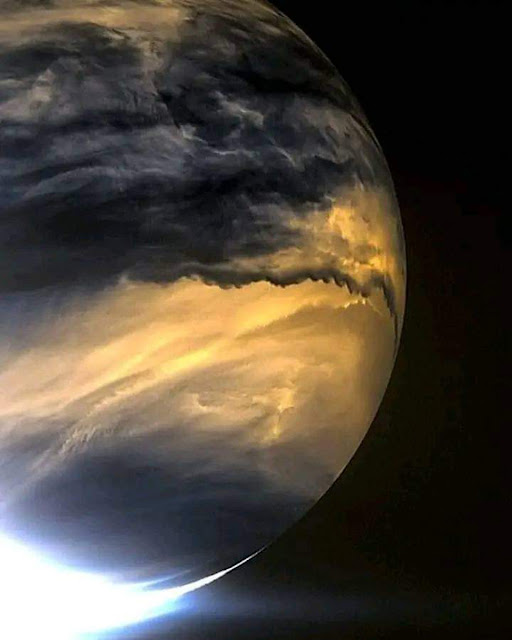 We would not be able to see Venus like this with our limited human eyes, but the infrared camera on board Japan's Atatsuki Venus Climate Orbiter has different limitations.

This false color image shows the higher-altitude clouds as dark; it's the brighter mid-altitude clouds that scientists are excited by at the moment after finding that they may contain phospine. Phosphine is hard to make, and on rocky planets like Earth or Venus has to be either the result of metabolic processes—i.e., life— or some new, previously unknown, chemical process. (In fact, looking for phosphine is one of the ways scientists are considering searching for life on the distant planets around other stars that they are now discovering.)

I'm old enough to remember my grade school science books calling Venus Earth's “twin” and stating that it was the only other planet in the solar system likely to be habitable. We know better now. Venus is no Perelandra; it's a boiling hot pressure cooker, and any kind of life that managed to exist there would indeed be quite alien.