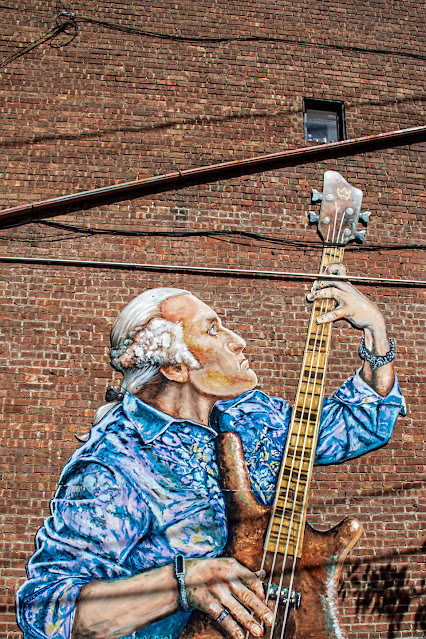 A mural on Washington Street in Newburgh.

We stopped at a restaurant around the corner for lunch on our way upstate, and liked it so much we went back on the way home. There's a state historic site across the street, where Washington had his headquarters during the final year of the Revolutionary War. Much as I like this rock 'n' roll version of the General, I am especially amused to note that he also appears to be wearing a Fitbit.
Posted by Kathleen at 4:52 PM