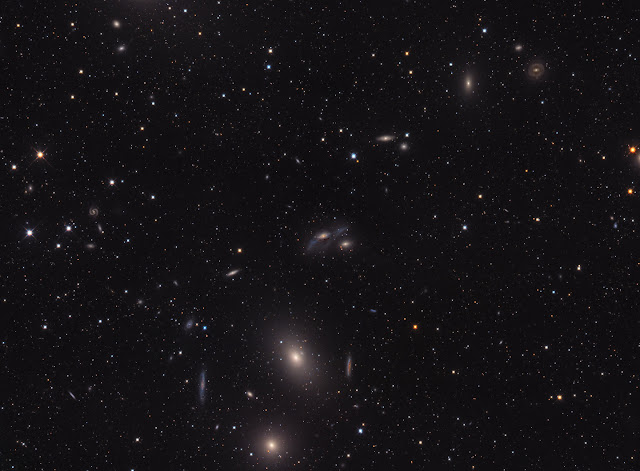 Many years ago, I told a mathematician friend of mine that I had never really understood the concept of multiple infinities, and how some infinities could be bigger than others. He told me to think of an infinity as a set of numbers. I knew that every set had at least two subsets, right? -- all the elements in the set, plus the null set. So if the set contained an infinity, there had to be another set that was at least one bigger.

I can't say that I understand that, exactly, but it's easier to comprehend than the certainty that this image -- a string of galaxies known as Markarian's Chain -- actually contains a finite number of stars.
More than I could ever count, in my finger-snap of a lifetime. But not infinite.
Image Credit and Copyright: Ginge Anvik
Posted by Kathleen at 12:33 PM