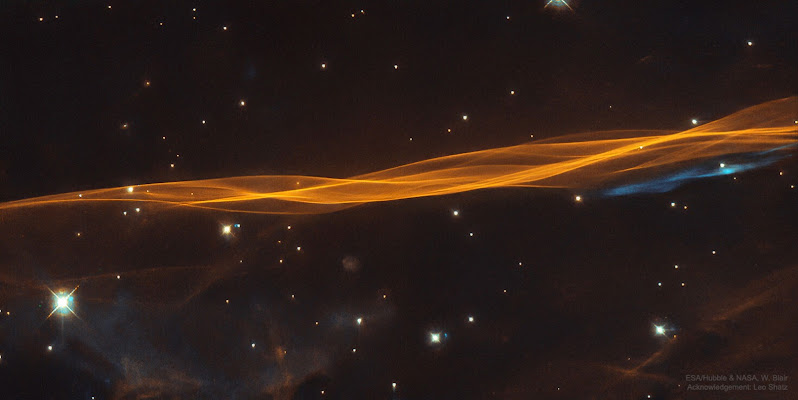 I would put this image in the category of Things that don't seem like they could be real.
It looks like a CGI creation, some artist's attempt to portray a newly-discovered space phenomenon the Starship Enterprise has sailed past while boldly going where no one has gone before, rather than something actually recorded by the Hubble.
But it is real, a closeup of a supernova remnant in the Cygnus Loop. The star in question died about 20,000 years ago, and this is part of the blast wave, still moving at 170 kilometers per second.
Image Credit: ESA/Hubble and NASA, W. Blair; Acknowledgement: Leo Shatz
Posted by Kathleen at 1:19 PM