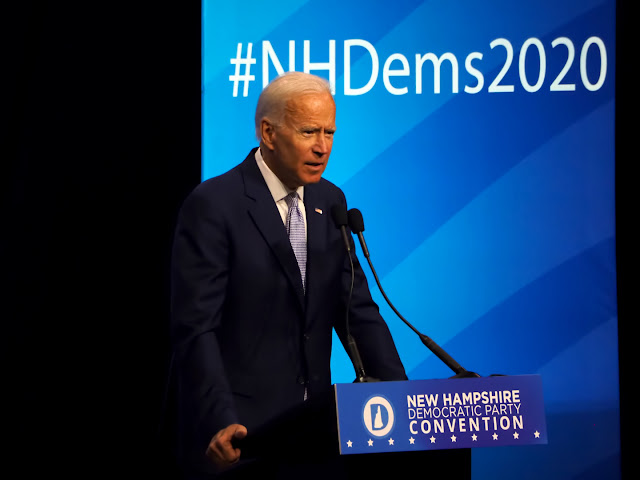 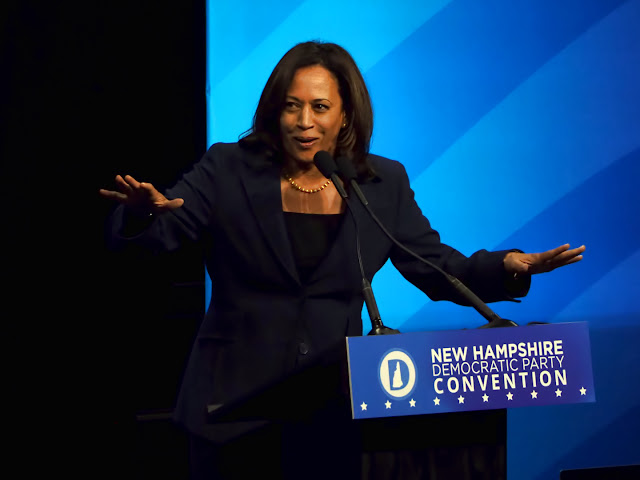 Way back in what feels like another lifetime -- eleven whole months ago -- I got invited to the New Hampshire Democratic convention as a supporter of Elizabeth Warren. There were approximately 900 Democrats running for president then, and I saw almost all of them.

I honestly would never have predicted that it would come down to these two. Nobody thought Biden had a chance then, and some people were angry that he was even running, sucking money and attention away from the eventual nominee. He was the first candidate to speak at the convention, when people were still filing into the arena and he didn't generate much of a response. Harris was good, but I'd expected to be wowed by her and wasn't.

Now I am one of the millions who would enthusiastically crawl over broken glass to vote for these intelligent, empathetic, decent human beings and take our country back. Biden-Harris 2020!