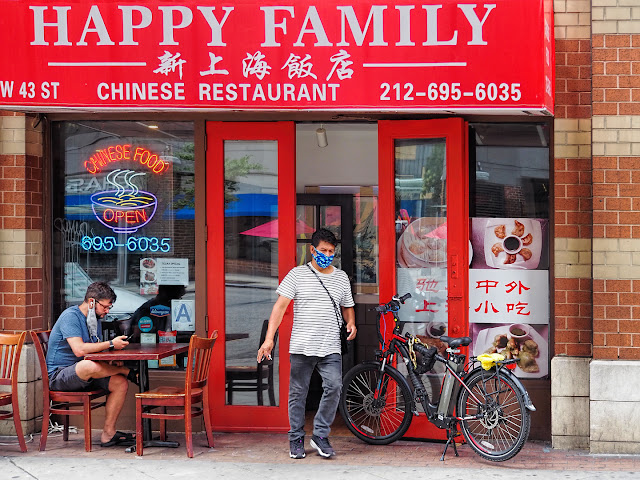 When you've only got room for two tables outside.

Here's another excerpt from A Journal of the Plague Year, in which Mr. Defoe demonstrates that even in 1665 people knew you could spread a disease before showing any symptoms.


…it was not the sick people only from whom the plague was immediately received by others that were sound, but the well. To explain myself: by the sick people I mean those who were known to be sick…these everybody could beware of; they were either in their beds or in such condition as could not be concealed.

By the well I mean such as had received the contagion, and had it really upon them, and in their blood, yet did not show the consequences of it in their countenances: nay, even were not sensible of it themselves, as many were not for several days. These breathed death in every place, and upon everybody who came near them.

Then from today's Guardian:


Anne Longfield, the children’s commissioner, says testing should be available if schools are to reopen:

I’m not an expert in testing, but I would say that regular means weekly. It needs to be as regular as it needs to be to ensure the infection is caught and identified as soon as possible, and then the tracking system can move on from that.

Schools minister Nick Gibb rejected that call, saying there would not be “routine testing without symptoms. The advice that we have is that it’s better to test when people actually show symptoms.”

Because why bother to prevent four or five days of asymptomatic transmission if you can just pretend it doesn't happen? The only consolation -- if you can call it that -- in this nightmare is that while the U.S. may have had, no question, the worst possible response to this pandemic, the U.K. is doing its best to show us that criminal stupidity is not uniquely American.