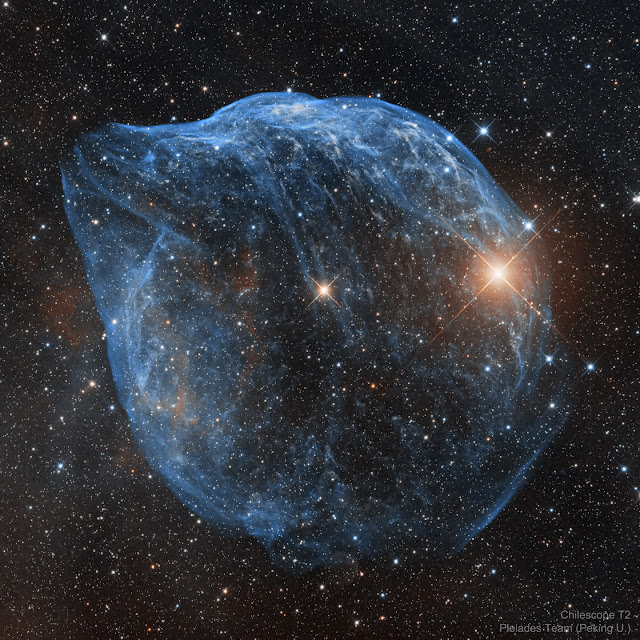 This filmy bubble of icy blue is called the Dolphin Nebula. It's enormous -- about 60 light years in diameter -- especially when you consider that it's the result of a single star (the bright star in the center of the nebula.)

Smaller stars create planetary nebulae as they age, but the star that produced this nebula is what's called a Wolf-Rayet star, at least twenty times the mass of our sun. It's probably in a pre-supernova phase, where hydrogen has been depleted and the core is burning helium.

Image Credit and Copyright: Chilesope 2, Pleaides Astrophotography Team (Peking U.)
Posted by Kathleen at 11:26 AM