Something there is that doesn't love a wall 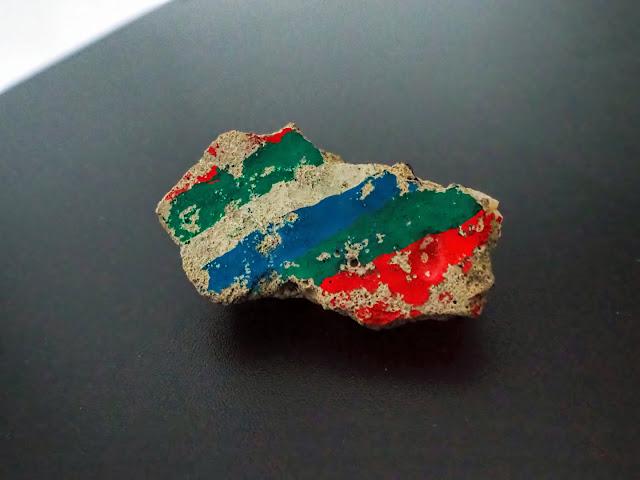 In honor of the 30th anniversary of the fall of the Berlin Wall, here's a picture of my own small piece of it.

It's small -- only a couple of inches across and maybe an inch thick. I think I paid around $5 for it. It was several years after the wall had come down, but there were still a few sections of it left standing, and young entrepreneurs were breaking off chunks of it and selling pieces, spread out on blankets on the ground.

I picked this piece because I liked the colors -- the paint shows that this was from the western side of the wall, which was covered with art and graffiti. It may have been more expensive than the plain concrete of the eastern side, but that didn't matter; I wanted a painted piece.

I'm glad I did, because the paint still astonishes me all these years later -- those dayglow colors on a relic of such a harsh history.
Posted by Kathleen at 10:41 PM