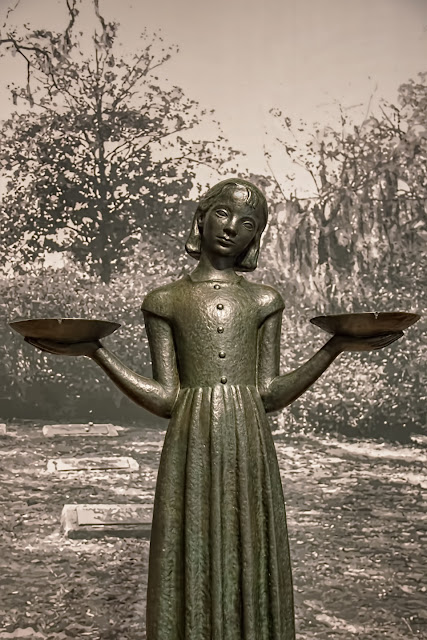 This statue by Sylvia Shaw Judson became famous when it appeared on the cover of Midnight in the Garden of Good and Evil. (The bowls were not meant to symbolize the weighing of good and evil, but were intended to hold birdseed.)

It adorned a family plot in the Bonaventure Cemetery in Savannah for almost sixty years, but after the book became a bestseller so many tourists visited the cemetery the family removed the statue. It's now in the Telfair Museum in Savannah, which is where I took this picture -- the background is just some atmospheric wallpaper.