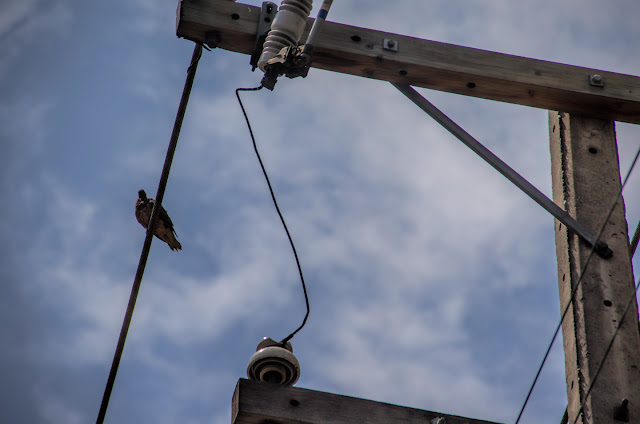 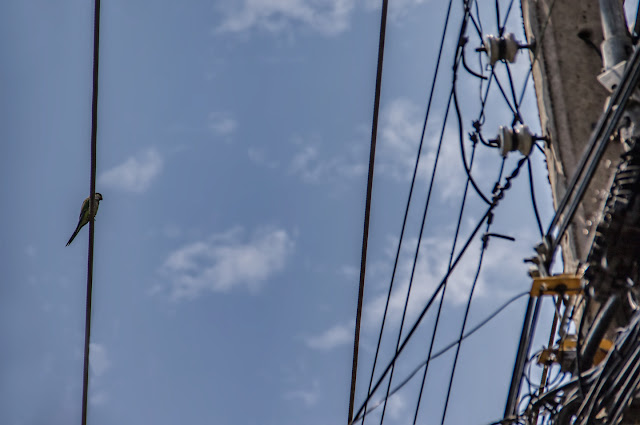 Okay, not great bird pictures. I took these my during my first, jet-lagged, walk around Santiago, and though I have no idea what kind of birds these are -- one is probably a dove and the other looks like a small parrot, but I can't get more specific than that -- I think the photos are kind of cool. So here they are.

I've had a mad, bad week -- mucho stressful as I'm confident they don't say in Santiago -- and could not focus on anything more intellectually challenging than old episodes of The Great British Baking Show in the evenings. Then I thought I had to stay up and do system testing after midnight last night, which was grueling because I was already so tired. At midnight, I logged in to find that I hadn't read to the end of the email -- the work began at midnight; the system was available for testing starting at 3 am. (See comment about mad, bad, mucho stressful week above.)

So I did not finish Santiago. I'll probably be sharing pictures of Chile well into the Northern Hemisphere summer, and may not finish Antarctica before I leave for Africa at the end of August.