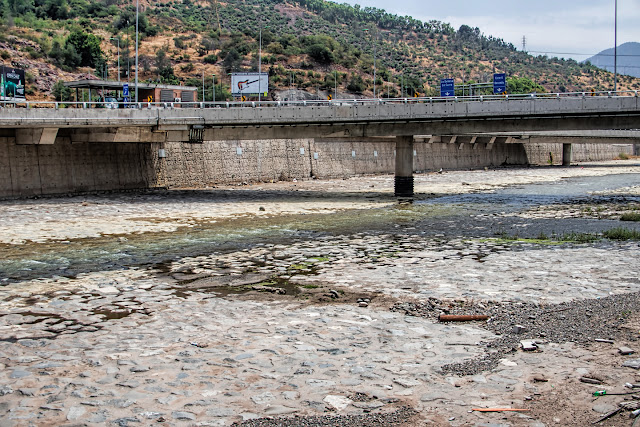 My first day in Santiago was pretty typical. I was tired from the overnight flight and I walked around for several hours trying to stay awake. I was too mushy-brained to have any particular destination in mind, but since it was quite hot I thought I'd head in the general direction of the river. I could see on the map that there were several parks along the banks, and I thought I'd find a nice shady bench and enjoy the breezes from the water.

I was not expecting this -- a thin trickle of water in a concrete arroyo, barely enough to get the soles of my feet wet. 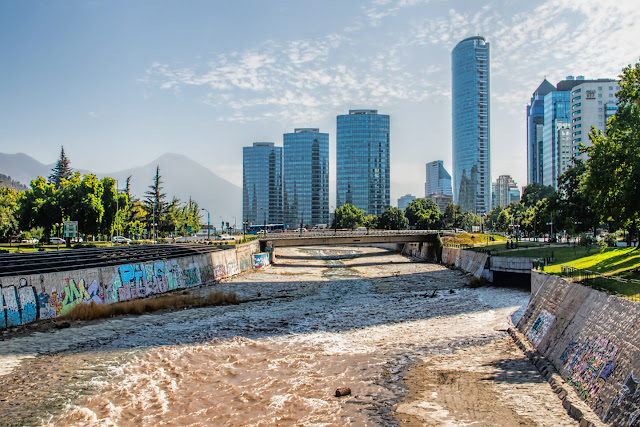 A few days later I took this picture from one of the bridges downstream. A few more tributaries had entered the main river at that point, but the water still didn't cover the entire riverbed. The Mapocho does flood its banks from time to time so it's not always this pathetic; still, it wasn't exactly the cooling oasis I had been hoping for.
Posted by Kathleen at 10:29 PM