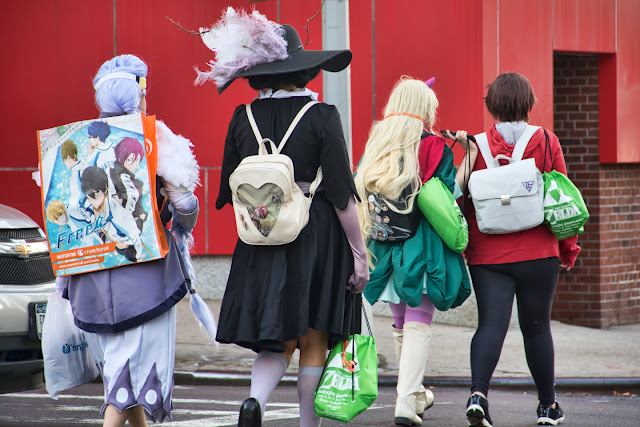 I was walking over to the Whole Foods on Sixth Avenue yesterday afternoon when I found myself waiting to cross the street next to two men in Spiderman costumes. That's not unusual in my neighborhood, and I assumed they were on their way to work to pose for pictures with tourists in Times Square. Then I passed another Spiderman. And another.

It wasn't until I was walking back and found myself behind two men wearing identical bright blue wigs that I realized it must be Comic Con weekend. So I went back out in the late afternoon just as the sessions were ending for the day, this time with my camera.