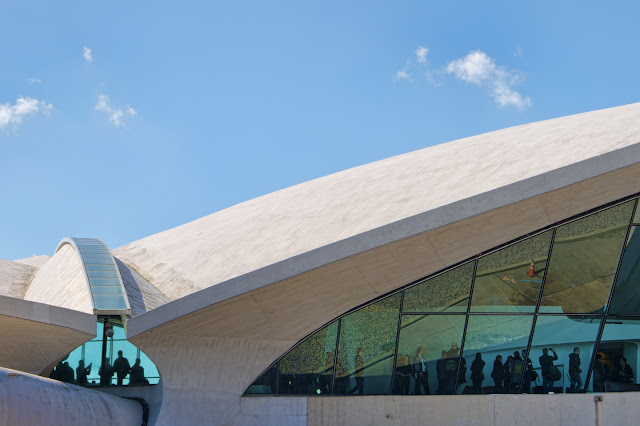 This was the building I was most excited to visit, and it did not disappoint: the old TWA terminal at JFK, designed by Eero Saarinen.

JFK was unusual in that each major airline owned and designed its own terminal, but this is by far the most memorable. When it opened in 1962, it was full of innovations that we now take for granted -- baggage carousels, jetways, electronic departure boards -- but it was not designed to accommodate the ever-larger jumbo jets, and when TWA went bankrupt in 2001 it was closed.

It was recently announced that it's being converted to a luxury hotel, expected to open in 2020. So this was the last opportunity to see it for several years, and the last chance to see it as an airline terminal, built for an age when flying was still fun.